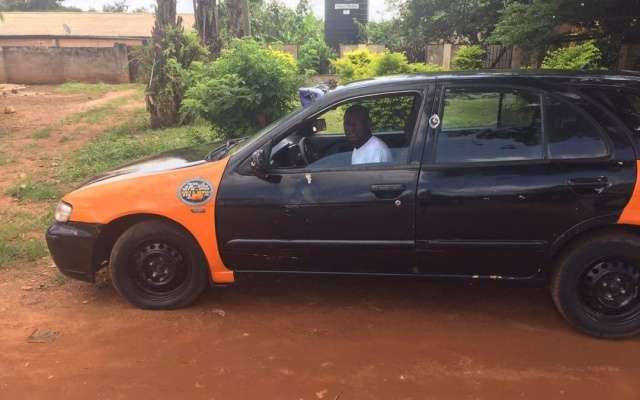 Dr. Richard Seidu Abdul Rahaman a medical doctor who has taken to driving a taxi to earn a living has vowed to fight the Ghana Medical and Dental Council with the last drop of his blood to ensure that they license him to operate as a neurosurgeon in the country.

According to him, the council has refused to grant him the license and certification to operate with the excuse that he is not a qualified neurosurgeon.

“I will not go through the backdoor or what they call protocol when I have legitimate documents that allows me to practice medicine in this country” he averred.

Speaking on an Accra based radio station and monitored by BestNewsGH.com, the aggrieved Dr. Seidu Abdul Rahaman said he was a fully qualified neurosurgeon who trained in China and also has 40 publications to his credit, adding that he has practiced as a neurosurgeon in China over a period after his completion of the course and sees no reason to why the Medical and Dental Council will frustrate him to the extent that he has to resort to driving a taxi to survive.

According to him he now possesses higher and refined skills in neurosurgery and has been accepted and acclaimed as a neurosurgeon the world over.

Dr. Abdul Rahaman who had his medical training at the University for Development Studies in Tamale said he did his housemanship at the Volta Regional Hospital before accessing a scholarship to study neurosurgery at the Yangzhi University in China.

He accused the Medical and Dental Council of deliberately frustrating him, adding that he will fight them to the end to ensure that they do the right thing.

“They feel that I am afraid. So many people are afraid and they have run away. So many great doctors that could have helped this nation. I am not afraid. I will stand on my feet and I will fight them to the end” he said.