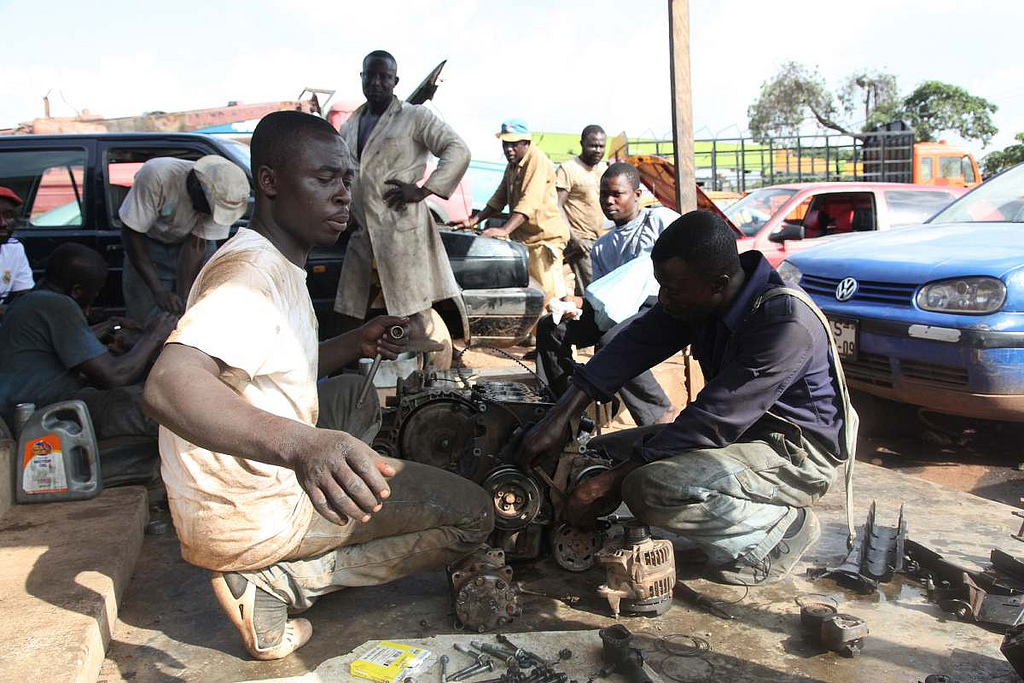 The Director of Transport at the office of the president, Odeneho Nana Oppong has indicated that a foreign Non-Governmental Organization (NGO) is in the country to train artisans in various trades and skills for free.

According to him, mechanics, dress makers and hairdressers among others will benefit from the package which includes free training after which they will be given the requisite tools and equipment to enable them practice their respective trades.

Odeneho Nana Appiah who made the disclosure on Accra based Okay Fm opined that the moves is aimed at equipping the youth with skills that will make them independent to fend for themselves and employ others.

He said the main target for the mechanics will be those at Kumasi magazine.

“So I am calling on all the folks in Kumasi magazine that anyone of them who wants to learn the trade, they should come and we will train and employ them. All this is the doing of the president. It is the president who has engineered this initiative. I want to assure everyone that 2019 will see a lot of jobs created for the youth in this country” he said.

He added that Members of the NGO are already in town and will announce their presence via media interviews before moving to the Ashanti Region to commence the operations.