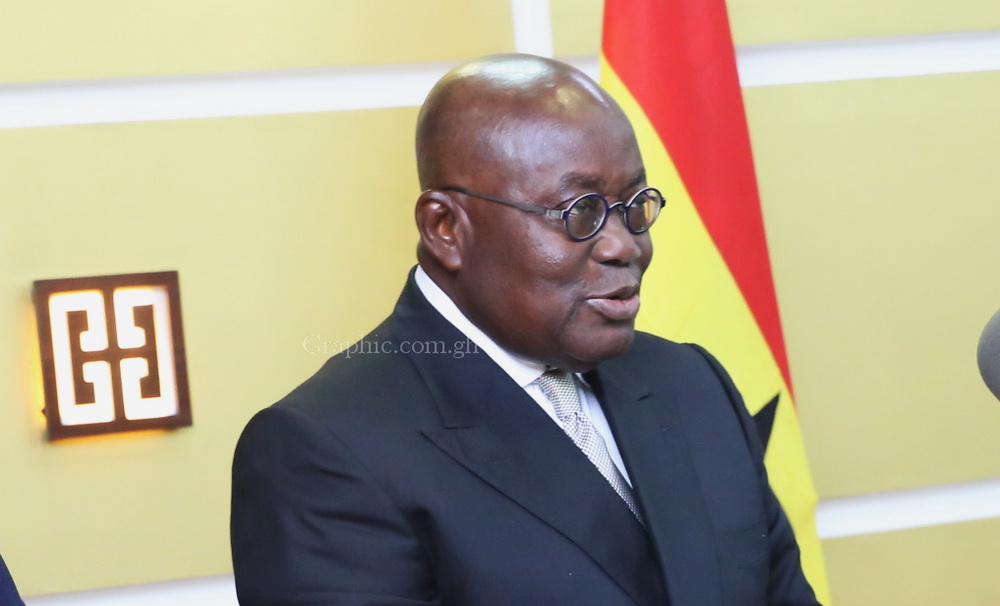 The President, Nana Akufo-Addo, has assured the citizenry of his government’s commitment to uphold the rule of law and take the necessary steps to deal decisively with the culture of impunity in the Ghanaian society.

“I want to assure through you to the Ghanaian people that whatever steps that need to be taken to deal with this phenomenon of impunity, I am going to do my best to take”, the President said.

President Nana Addo was responding to a call made by the Bar Council on the need for the executive to be alive to its responsibilities in curbing the growing acts of impunity in the Ghanaian society when it paid a courtsey call on him at the Jubilee House in Accra yesterday.

“I accept the challenge of what we need to do to ensure that our society is not one which condones impunity,” the President assured.

The council, in its engagement with the President, discussed, among others, issues concerning the depreciating national currency, the current energy situation and the need for the executive to uphold the rule of law and address issues of impunity.

The President explained that although it was the primary responsibility of the state to enforce the law, it cannot achieve the desired outcome without the active involvement of the entire citizenry.

He added, for example, that government is making efforts at generating employment opportunities for the youth as part of measures to curb vigilantism.

“We are dealing with it in very difficult circumstances. There is still considerable unemployment for the youth of our country so it is relatively easy to co-opt the young people into all kinds of dangerous activities, but we need to come to grips with it,” he said.

Cedi to bounce back soon

Speaking to issues raised about the falling national currency, the President said public discourse on the challenges faced by the cedi must begin to focus much more on some of the structural problems that contribute to its plunge against the major trading currencies, especially the dollar.

He mentioned over-dependency on imported goods and inability to generate enough exports as some of the structural challenges that affect the cedi.

“We live in a country where we are overly dependent on the importation of things for our daily sustenance. Things that we can produce, we continue to import them, and at the same time, we don’t generate enough export.”

Additionally, he spoke about the issues of the country’s current account and persistent deficit on income statistics as also a factor affecting the performance of the cedi.

These notwithstanding, he said measures have been put in place and soon the currency should begin to bounce back.

The worse is behind us

Speaking to the concerns of the group on the energy situation, the President said his government inherited an energy sector in disarray and saddled with huge debts. Additionally, he said his government inherited arrangements that continue to be debilitating to the public exchequer and other agreements that tie government to pay for energy it has contracted for, even if not used. This, he said, imposed a lot of financial burden on the country.

Aside the financial consequences, there are also logistical matters that have come about. The attempt now to bring gas on board as the major source of fuel for the energy sector has also run into some difficulties.

“But I believe that the worse part of what we have recently seen is behind us and that we should be seeing a much more even, stable and regular supply of energy,” he added.

The President underscored the importance of the Bar Council in the development of the country and the need to uphold the legacies left behind by its forebears and its role as being at the forefront of the developments that affect the people.

He recalled the legacies left behind by the likes of Mensah Sarbah, who led the Aborigines’ Rights Protection Society that led the mobilisation and resistance against the attempts by the British to sequestrate the country’s lands.

“It is a matter of pride for us that all of us should remember that the very first lawyer, the first formal Ghanaian lawyer, Mensah Sabah, undertook one of the most important cases in our history and didn’t charge a penny for it; he did it as a pro bono act, and the case that he undertook basically is the case that allowed us to maintain control over our lands,” he noted.

He praised the council for the initiatives taken to modernise and digitise records of the courts.