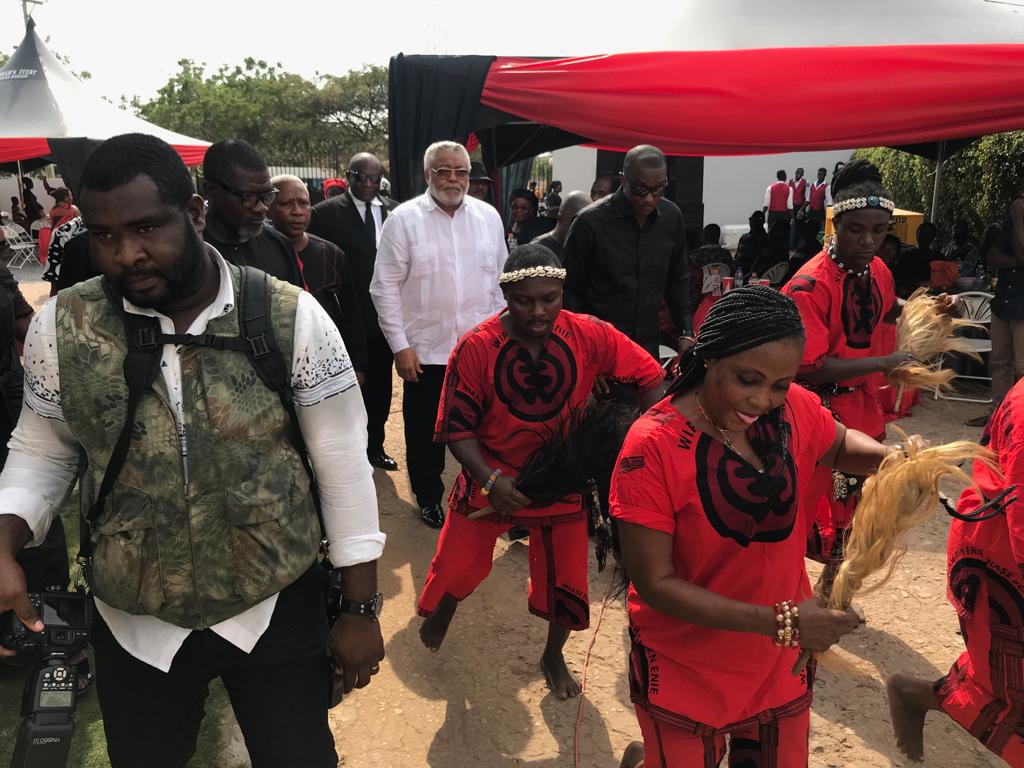 Former president Jerry John Rawlings has said he is pained by the hardship in the country, which has rendered many Ghanaian unable to live in dignity.

According to him, the situation has affected him and his family to the extent that they’re unable to lend the appropriate support to people who are in need and sometimes approach them for assistance.

The former president who as speaking during the funeral of the mother of the Vice President of the Ship Owners and Agents Association of Ghana, Adam Imoru Ayarna in Tema, on Saturday, January 19, 2019, said ‘’we all know how hard the country is today. Everything is hard today and it has made activities such as funerals even more expensive’’ he argued.

According Mr. Rawlings, Ghanaians must look out for each other in these hard times and lend a helping hand to one another, as they anticipate the government to institute measures to alleviate their plight and suffering.