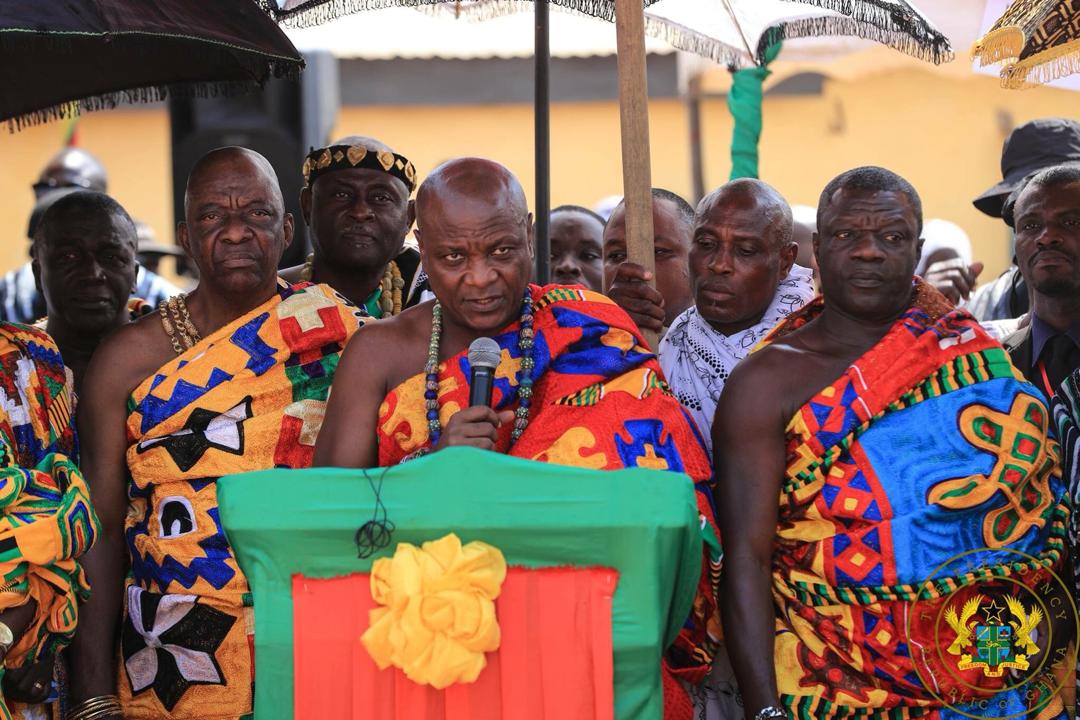 The President of the National House of Chiefs and Awomefia of the Asogli State in the Volta Region, Togbe Afede has said he was one of the many Ghanaians who doubted if peace could really be achieved for the Dagbon kingdom, following the protracted chieftaincy dispute which spans several decades.

‘’Many of us had feared that the solution to the protracted Dagbon chieftaincy crisis which has been a big dent on the image of chieftaincy may not be found during our lifetime. Even after Otumfuo confidently presented his roadmap to peace to Dagbon at a colorful event at the Jubilee house on the 23rd of November 2018, exactly nine weeks ago, many of us still had doubts’’ he said at the investiture of Yaa Naa Abukari Mahama in Yendi yesterday, January 25, 2019.

The President of the National House of Chiefs thanked the Abudu and Andani royal families for cooperating and helping to arrive at this historic feat of restoring peace to the Dagbon Kingdom.

Delivering a speech at the investiture of the new Yaa Naa, Abukari Mahama in at the forecourt of the Gbewaa Palace in Yendi, Togbe Afede thanked the committee of eminent chiefs led by Otmfuo Osei Tutu II, the Asantehene for their crucial and invaluable service to Dagbon and the nation as a whole.

Togbe Afede continued, ‘’ the resolution of the Dagbon chieftaincy dispute, one of our very top concerns comes as a big relief, that is why we owe a debt of gratitude to His Royal Majesty Otumfuo Osei Tutu II and his committee of eminent chiefs for the wonderful job they have done, not only for Dagbon, but for all of Ghana. Successive governments have played their roles, but his Excellency president Akufo-Addo and his government deserve special praise’’ he said

The Awomefia of the Asogli State lauded president Akufo-Addo for his foresight and determination which has resulted in the resolution of the chieftaincy dispute in Dagbon.

‘’The real work towards sustaining peace in Dagbon begins from now and the National House of Chiefs will look forward to working with the new Yaa Naa to ensure the realization of that objective’’ he said.