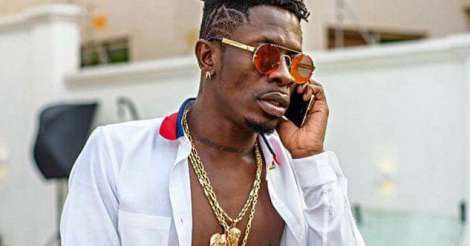 Self-acclaimed dancehall king Shatta Wale seem unperturbed about the jabs being thrown at him from all angles and has taken to his wall on Facebook to voice what is in his chest.

According to him, he walks his talk, and that, that is all that he does with his Shatta Movement fans, culminating in them earning the name sakawa boys.

According to him, he doesn’t care the hoot about what anybody thinks.

Charle Nii Armah Mensah as the artistes is known to his parents and relatives seems to have incurred the wrath of some of his colleagues in the music industry particularly with his fellow artiste on the zylofon label Stonebwoy and most recently Kwaw Kesse and Sarkodie.

See a shot of what he posted a shot while ago below. 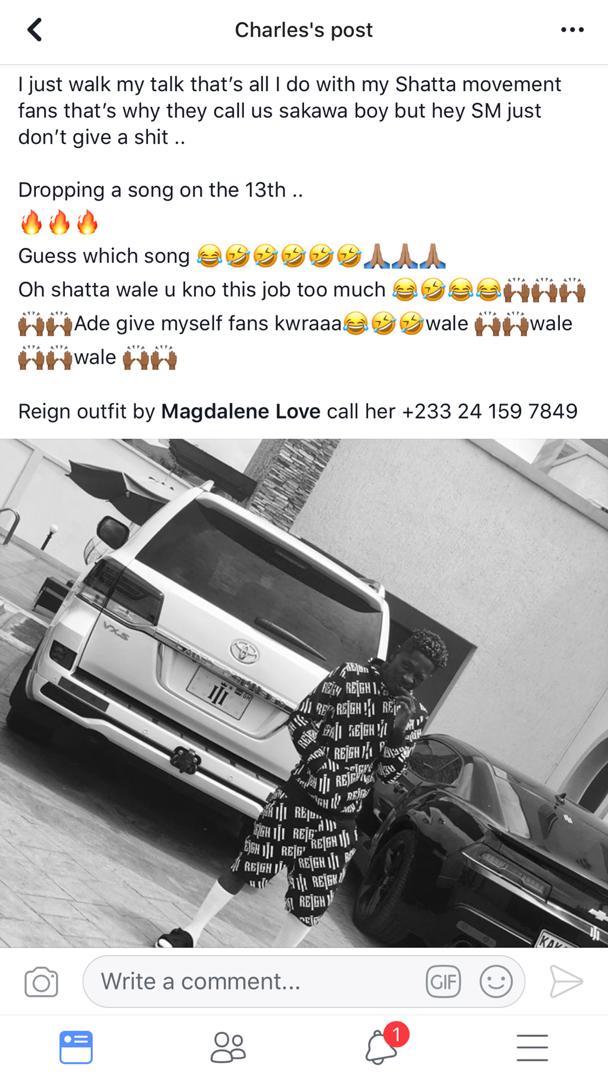