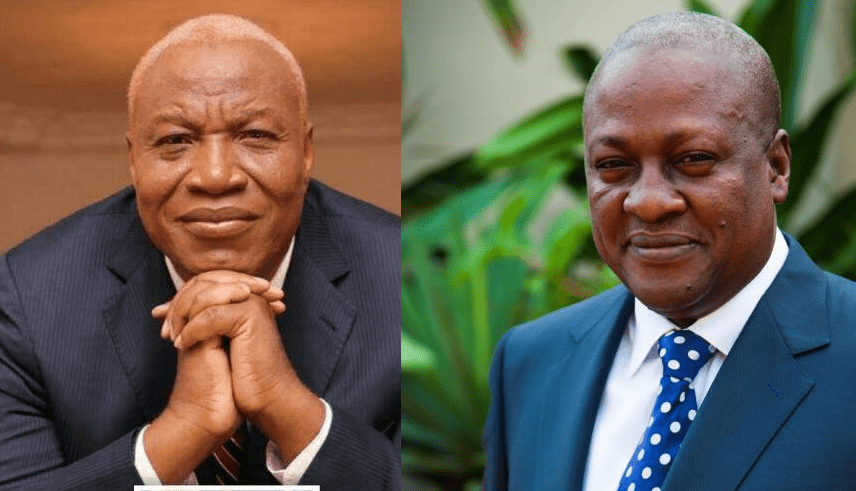 Failed opposition National Democratic Congress (NDC) presidential candidate, Professor Joshua Alabi has said in his conversation with former president John Dramani Mahama when he (Alabi) called to congratulate on his victory as the NDC 2020 presidential candidate for the 2020 elections, he told him the gap was too much and that he should not have done that.

The former president garnered a massive 213, 410 votes or 95.24 percent of the total votes in the February 23 2019 NDC presidential primaries, giving him a landslide victory to lead the biggest opposition party in the country into the 2020 general elections.

They have all called to congratulate the former president and assure him of their support going into the 2020 elections.