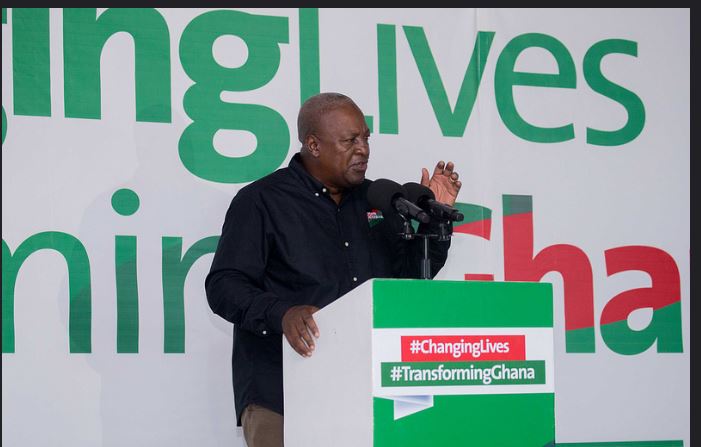 The Communications Officer of the opposition National Democratic Congress (NDC) in the Mpohor Constituency of the Western Region, Daniel Mawuli Agbesi has denied berating former president John Dramani Mahama as being a self-centered person.

According to him, news making the rounds on some online portals, linking him to such pronouncements is without basis and a calculated attempt by some unknown persons to tarnish his reputation as a true party person.

In a statement he issued yesterday Friday, January 11 2019, Mr. Agbesi wrote ‘’I am by this statement disassociating myself from the above story which I strongly believe was plotted, calculated and orchestrated by some perpetrators just to tarnish my image’’.

See his full statements below.

RE: MAHAMA ONLY THINKS OF HIMSELF- WESTERN REGION NDC DELEGATES

My attention has been drawn to a story on Ghanaweb with the above heading dated 11th of Jan, 2019 of  which my name was attached. I am by this statement disassociating my self from the above story which I strongly believe was plotted, calculated and orchestrated by some perpetrators just to tarnish my image.

As the matter of fact, as a constituency communication officer for the NDC, Mpohor, I was a member of the planning and organizing committee for the former president John Dramani Mahama’s campaign tour in my constituency (Mpohor) which was held on Wednesday 9th January, 2019. In fact I played a very important role in the organisation of the program,

I can state it authoritatively that nothing of such as reported by the Ghanaweb and other media happened. The program was very successful as compared to any other program of such. Also, I am stating this categorically that I Daniel Mawuli Agbesi (Constituency Communication officer for the Mpohor NDC) has never and ever in any way made such a statement. So I am by this statement telling my party members, elders and colleagues to treat such story as false and believed was cooked by some individual (s) who just want to shift the attention and focused agenda which will ensure our victory come 2020.

I am finally by this statement humbly appealing to all my beloved members, executives and leaders of our great party NDC to stay united for the execution of the “agenda 2020”