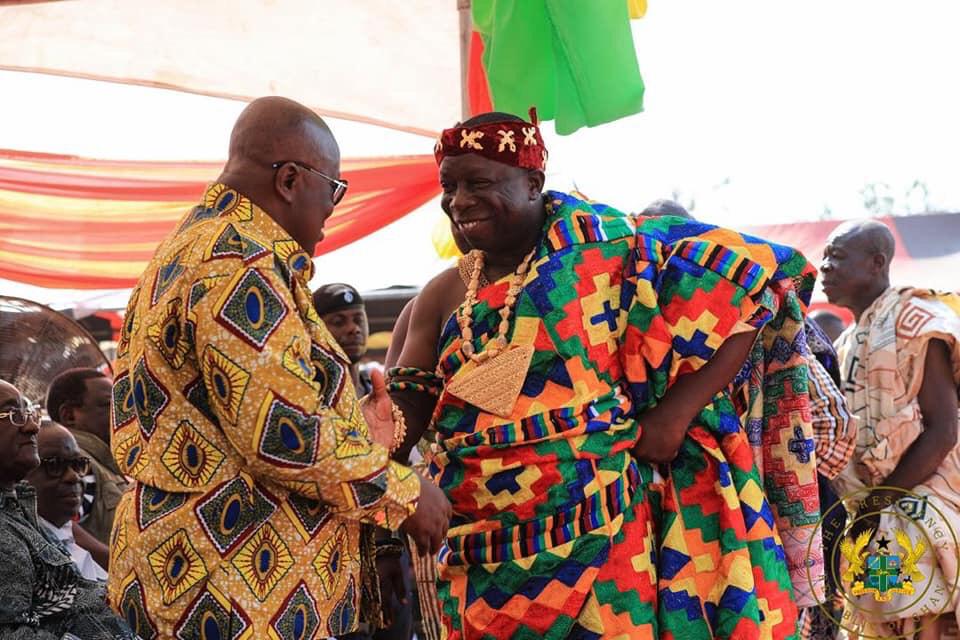 The Chief of Kwahu Tafo, Nana Kwasi Opoku Mintah has commended government for fulfilling its promise of giving every constituency 1 million Dollars for infrastructural development, saying he has seen the projects spring up in his area.

He expressed his surprise at the numerous infrastructural projects undertaken in the constituency, prominent amongst them being the completion of two 1,000 metric ton warehouses in Afram Plains North and South.

“I have seen it with my own eyes, and we are grateful. When you promise, you redeem that promise, and we thank you,” he added.

Nana Kwasi Opoku Mintah made this known on Saturday, 24th November, 2018, when President Akufo-Addo visited Donkorkrom on the final day of his 3-day tour of the Eastern Region.

He told the gathering that “we were not expecting to have electricity extended to us, but today Adawso, a town in this district, has electricity.”

The Chief appealed to President Akufo-Addo to construct a College of Education in the Afram Plains area, which will help in the training and retention of teachers “to teach our own children.”

With the district being major beneficiaries of the programme for “Planting for Food and Jobs”, the Chief noted that the production of cashew and onions are booming, and, thus, requested for the construction of their roads to help in carting the produce.