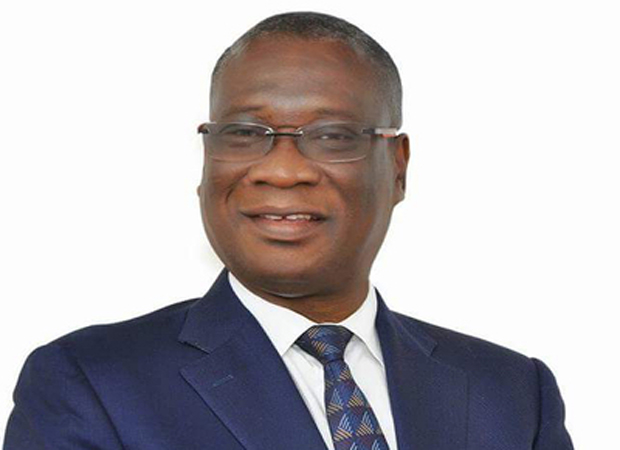 IMANI Africa had accused Dr Sarpong of engaging in a conflict of interest situation in a US$4.4 billion petroleum agreement between Ghana and Aker Energy Ghana Limited.

At a press conference in Accra Thursday morning, the Vice President of IMANI Africa, Mr Kofi Bentil, alleged that Dr Sarpong “and his family own Fueltrade,” one of the local partners of the Deepwater Tano / Cape Three Points (DWT/CTP) Petroleum Agreement, with a two per cent stake

But in a press statement responding to the allegation, Dr Sarpong stated: “I wish to state emphatically that neither I nor my family own Fuel Trade as claimed by IMANI Ghana.“

“Consequently, I, Dr. K.K. Sarpong, Chief Executive of GNPC cannot be accused of conflict of interest in dealing with Aker Energy as stated by IMANI Ghana.“

“Indeed, Fuel Trade’s 2% stake in the Deepwater Tano Cape Three Points Block was acquired in 2014 long before my appointment in 2017 as Chief Executive of GNPC.”

Adding, Dr Sarpong said it was surprising to him that IMANI could not carry out due diligence on the ownership of Fuel Trade Limited before arriving at its “erroneous conclusion, causing me serious embarrassment and jeopardising my standing in the international business community.“

“No doubt, I have incurred immense economic, political and social cost by IMANI Ghana’s unjustifiable claim,“ he added.

“This, I find unacceptable and hereby demand a retraction of the said claim and an unreserved apology from IMANI Ghana and its Deputy Director, Mr. Kofi Bentil within two weeks. The retraction should be given as much prominence as the press conference.

“Meanwhile, I reserve my rights to seek legal redress,” he concluded.

IMANI Africa had stated that Aker Energy is the operator of the Deepwater Tano / Cape Three Points (DWT/CTP)  field with a 50 per cent stake and recently submitted a US$4.4 billion plan of development to the government for approval to allow for development and production activities to start.

According to IMANI, with Dr Sarpong being the CEO of GNPC, another partner of the DWT/CTP with a 10 per cent stake, it was ethically wrong for a company he and his family own to also be a partner of the field, the Vice President of IMANI Africa, Mr Kofi Bentil said at Thursday morning’s press conference.

“It does not look right. We put it out here publicly because we want clarification.

We are not against Ghanaian participation in our oil industry but protecting the public purse includes avoiding such conflicts,” he said at the press conference.

“It is a zero sum game; what Ghana has, Aker does not have. So, if it is true that the company is negotiating with itself or there are powers on both sides, I think it is a matter of concern and we need some answers concerning that one,” he added.