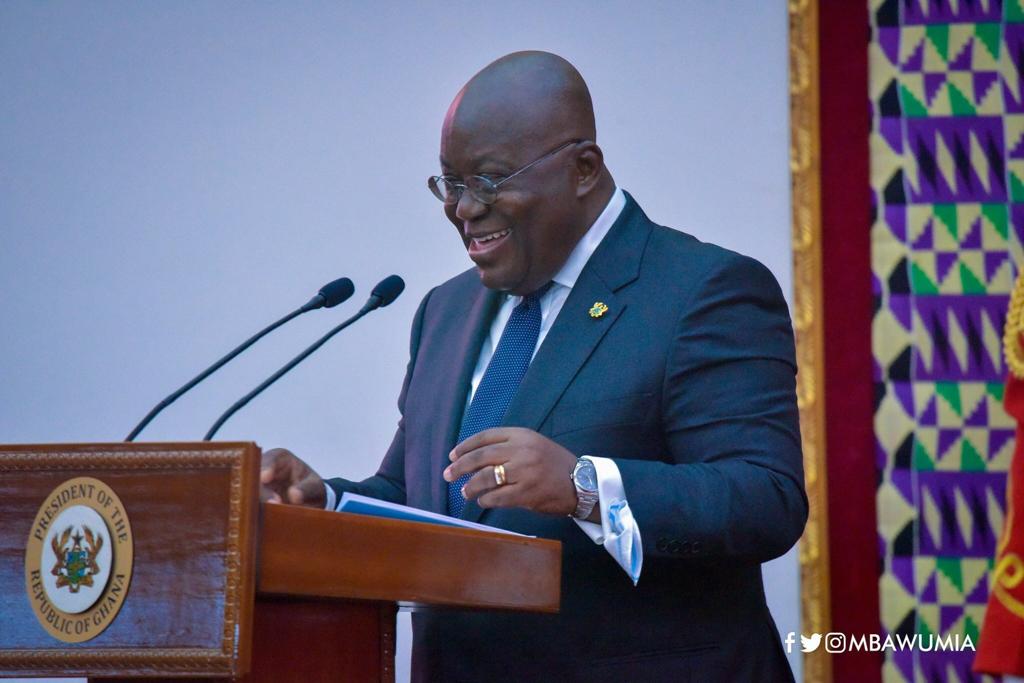 President Nana Addo Dankwa Akufo-Addo has said the difference between him and former President John Dramani Mahama is that, Mr. Mahama refused to deal with by-election violence in Akwatia, Atiwa, Chereponi, Talensi and Amenfi West Constituencies.

Delivering the State of the Nation Address yesterday February 21 2019, the president said ‘’ Indeed, Mr Speaker, recent by-elections in Akwatia, Atiwa, Chereponi, Talensi and Amenfi West had been marked with violence, and some people still have their physical and emotional scars to show for it. I could have sat it out, as some did, for Akwatia, Atiwa, Chereponi, Talensi and Amenfi West, but I decided that that would not be in the interest of Ghanaian democracy’’.

The president who directed the leadership of the ruling New Patriotic Party (NPP) to invite the leadership of the opposition National Democratic Congress (NDC) for a dialogue with the view to ending political vigilantism in the country opined that he will not hesitate to initiate legislation on the matter should the two parties fail to arrive at a consensus.

‘’I hope the findings and recommendations of the Emile Short Commission will enable us chart a path to ending politically-related violence in our country. The events of last Monday, in Kumasi, where a meeting of the national and regional executives of the opposition National Democratic Congress was broken up by acts of violence, leading to the tragic death of a citizen, have reinforced the urgent need for us to find that path’’ the president opined.

He added that ‘’I want to use the platform of this Message to make a sincere, passionate appeal to the leaders of the two main political parties in our country, NPP and NDC, to come together, as soon as possible, preferably next week, to agree on appropriate measures to bring an end to this worrying and unacceptable phenomenon of vigilantism in our body politic’’.