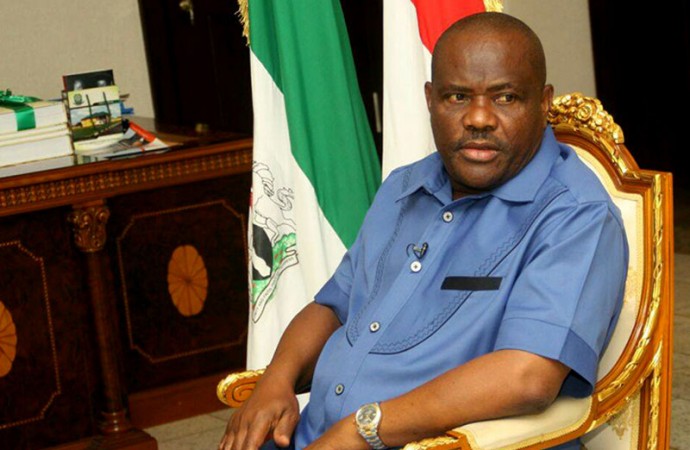 Nigeria’s Rivers state Governor, Nyesom Wike, says he would not contest for a third term even if the constitution permitted him.

Governor Nyesom Wike says he is tired of being a governor after the Independent National Electoral Commission (INEC) presented him his certificate of return as the re-elected governor of Rivers state. The Rivers state governor who disclosed this on Tuesday, April 16, reportedly said that he would not contest for a third term even if the constitution permitted him. He also dedicated his victory to the people of Rivers state who he said overwhelmingly voted for him.

However, Wike rebuked the Nigerian Army for the role they allegedly played during the 2019 general elections in the state. “Nobody can be more than the state. So, for me, I want total peace in Rivers state. All of us should come back, wherever you are, whether in the federal or local government, come and work for the interest of the state. “I’ll not be governor forever. I only have four more years. After the four years, I’m gone. The constitution does not allow for third term. Even if it does, bye bye, I’m tired. I’ll not,” he was quoted to have said.

Going further, Wike attributed everything going on in his life to God saying: “I use to tell my wife every day whenever I wake up, I say thank God, you never can tell the next day, what will happen. And any day I have opportunity like this, I’ll speak my mind. I am not afraid; nobody has monopoly to take my life. I will die the day God says I will die.”

Meanwhile, Legit.ng had reported that Governor Wike of Rivers state was on Tuesday, April 16, issued a certificate of return by the INEC in Port Harcourt. Other recipients of the certificate include the state deputy governor-elect, Ipalibo Harry Banigo and members-elect of the Rivers House of Assembly.