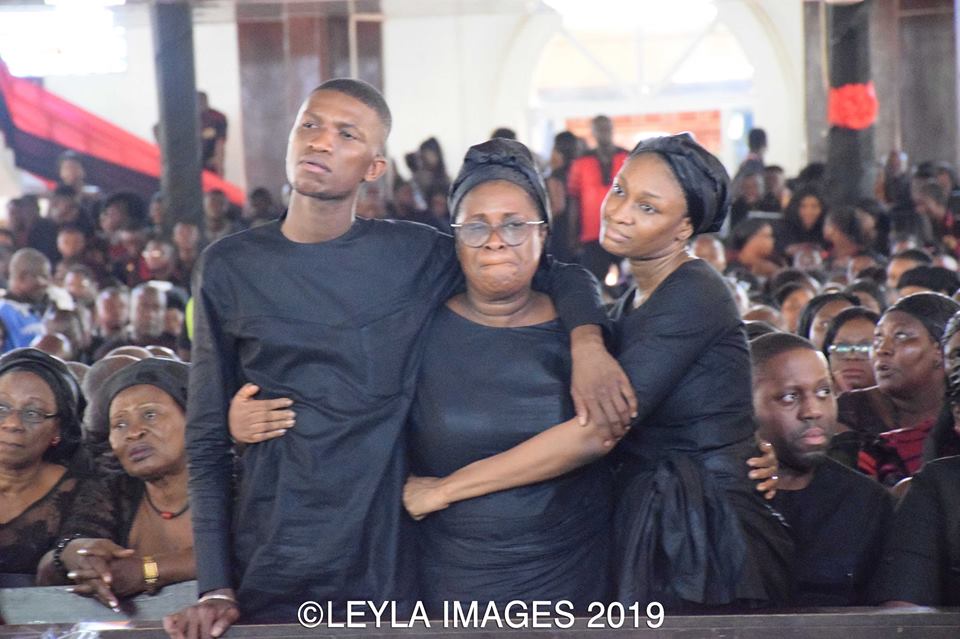 First and official wife of the late Member of Parliament for the Ayawaso West Wuogon Constituency, Josephine Naana Biaden has said she wasn’t surprised that the second wife of her late husband Lydia Seyram Alhassan fell for the late MP, as he was every woman’s dream-husband.

According to her his charm and eloquence endeared him to many women whom she beat to snatch him to herself in 1986 when they got married.

“We got married on 4th January 1986, he was a charming and eloquent young pharmacist, every lady wanted to be Brother Emmanuel’s wife,” she said in her tribute at the funeral of the late ruling New Patriotic Party Member of Parliament for the Ayawaso West Wuogon constituency at Krobo Odumase in the Eastern Region Saturday, January 2016 2019.

Naana Agyarko in her tribute described the late Emmanuel Agyarko as a man who was always full of life and joy. She said he played the role of a brother and a father aside his role as a husband.

Josephine has two children with the late Emmanuel Kyeremateng Agyarko, one of whom was due to get married before the unfortunate death of the MP.

The late Emmanue Kyeremanteng Agyarko until his death on November 21, 2018, was the Member of Parliament for Ayawaso West Wuogon constituency.

He died at a hospital in the United States of America while receiving treatment for an ailment.

The second wife, Lydia Alhassan won the New Patriotic Party primaries and will take part in the by-election scheduled for January 31, 2019.