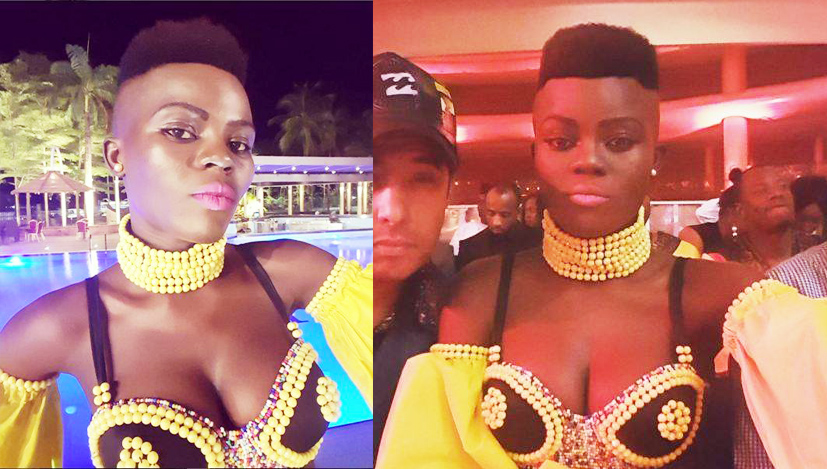 Wiyaala, the internationally-acclaimed Ghanaian Afro-pop singer-songwriter, has brushed off suggestions that she is an ugly woman.

The singer has revealed that she sees herself as one of the most beautiful women on earth and not ugly as people often describe her. Wiyaala is known to have a physique which is similar to that of a man. This masculine look has often led many to refer to her as ‘ugly’.

But speaking in an interview with Deloris Frimpong Manso on her Delay Show, Wiyaala emphatically stated she was very much pleased with her looks.

“Me, I know I am not ugly. In fact, I’m one of the most beautiful women on this planet and God has blessed me with a beautiful body,” she said. According to Wiyaala, it is only immature men who will tag her as ugly because the mature ones like her husband see and appreciate her beauty. “The moment my husband saw me, he saw a beautiful woman, unlike some men who will see her and complain about her masculine look.” “When I was growing up, a lot of the men that saw me and saw a beautiful woman was more like the real men. All these chewing gum boys and small small men because you are not wearing heavy makeup and it’s not the usual they see, they just look at you. They are just not mature,” Wiyaala stated

Born Noella Wiyaala in Wa on December 22, 1986, Wiyaala burst onto the scene after winning the 2012 Vodafone ICONS Mixed Edition as part of the group Black N Peach.

Following the win, Wiyaala left the group to pursue a solo career and has not looked back since that time. Since that time, Wiyaala has not looked back and grown to become one of Ghana’s biggest music exports making appearances at international events like the 2018 Commonwealth Games in Melbourne, Australia and the most recent AU summit held in Addis Ababa, Ethiopia.