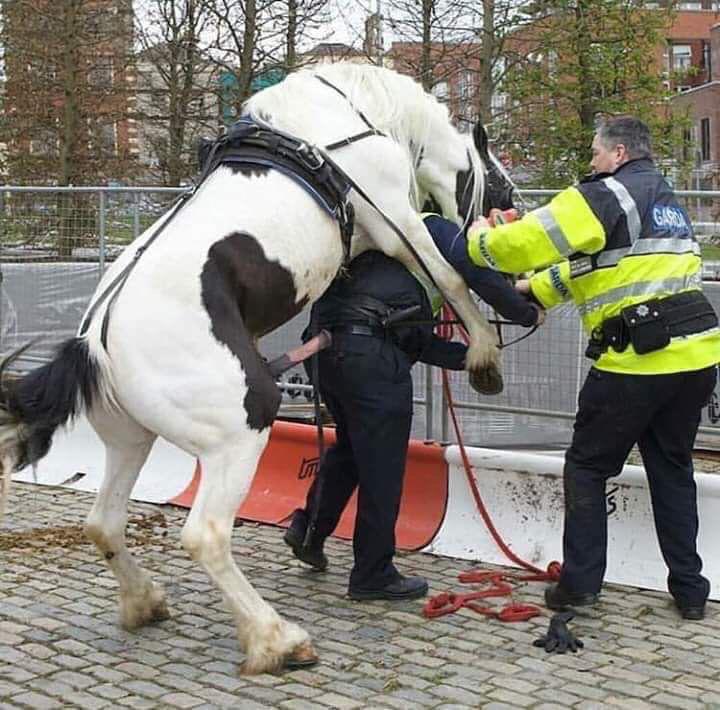 A Police Officer in the United Kingdom had the rudest shock of his life when a horse he was trying to guide and keep in its right abode decided to ‘rape’ him.

A colleague police officer who arrived at the scene right on time tried hard to help disentangle the police man from the grip of the determined horse.

It took a great deal of effort from the second police officer and other passers-by to help liberate the ploice officer victim who by this time was exasperated and gasping for breath.