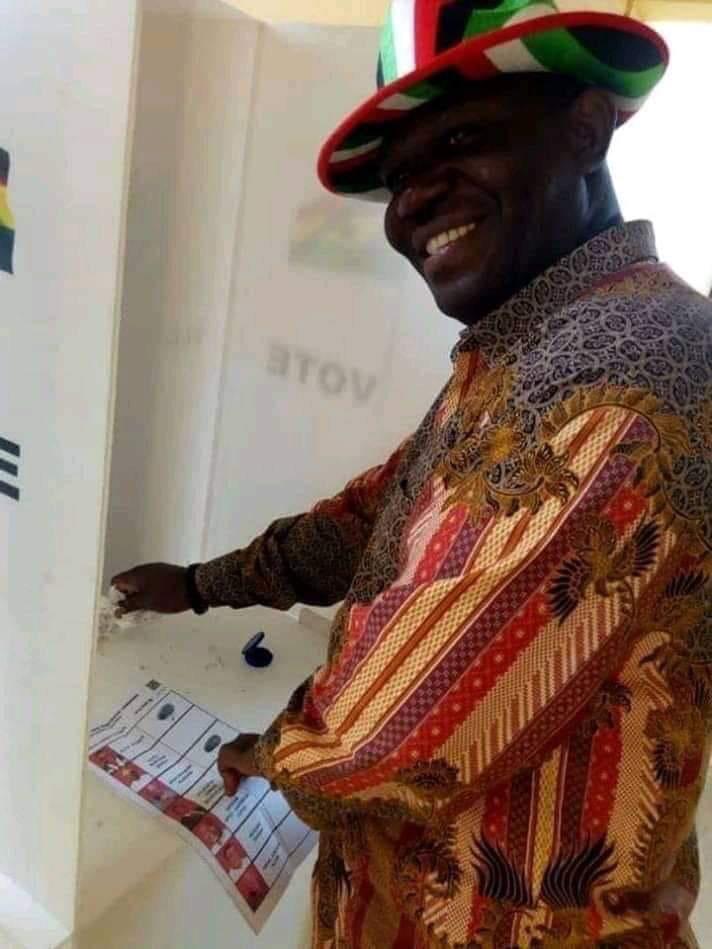 The Opposition National Democratic Congress (NDC) Member of Parliament for the Ho est Constituency in the Volta Region, Emmanuel Kwesi Bedzrah has been caught voting for two presidential candidates in the just ended NDC presidential primaries.

If the picture is anything to go by and taking cognizance of the positions of the six candidates on the ballot paper, it means Mr. Bedzrah voted for the second deputy Speaker of Parliament and Member of Parliament for the Nadowli/Kaleo Constituency in the Upper West Region, Alban Sumana Kingsford Bagbin who was on position number one and former president John Dramani Mahama, the eventual winner in the race who was on position number three.

The action of the MP has set tongues wagging with many asking how an enlightened man of his stature could do such a thing.

Others are also questioning the motive behind the action, particularly when he seems to have done it deliberately and had it caught on camera.

Many observers in the political space have condemned the action and likening it to indiscipline.

It remains unclear what action the leadership of the NDC will take against the MP for the action.