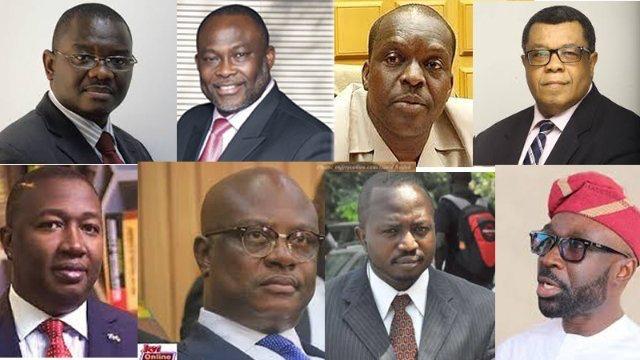 The 8 opposition National Democratic Congress (NDC) presidential candidate aspirants who petitioned the council of elders of the party to prevail upon the National Executive Council to reduce the filing fees for the presidential slot may be heaving sighs of relief.

This is because the council of elders of the party which is chaired by the founder of the NDC, former president Jerry John Rawlings has directed that the picking of nomination forms which opened on Monday December 3 2018 and closed on Tuesday December 4 2018 should be extended to Saturday December 8 2018.

The fees for the nomination forms however remain the same, at 20 thousand Ghana cedis.

What is not clear however is whether the council of elders gave any directives or instructions on the other legal matters raised by the 8 aspirants which include the request that national executive officers who have shown bias or have voiced their preference for any candidate be made to recuse him or herself from the electoral process.

With the latest decision and directive by the council of elders, the aggrieved aspirants now have the leeway to pick the forms from today, Thursday December 6 2018 through to Saturday, December 8 2018.

The National Executive Committee (NEC) of the party is yet to officially issue a statement on the directive by the council of elders of the party.