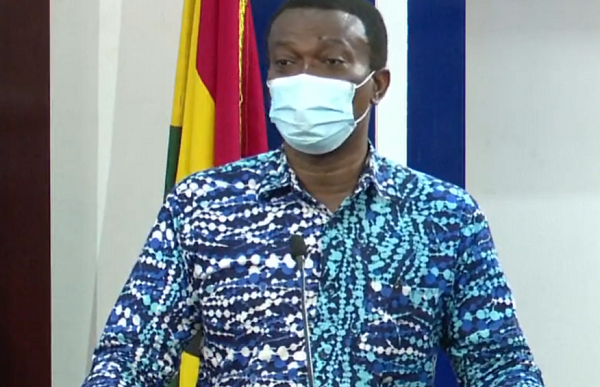 The Ghana Grid Company Limited (GRIDCo) has explained why the Ameri Power Plant is being relocated from Aboadze to Kumasi in the Ashanti Region.

According to GRIDCo, the move is to help use the 250 megawatts plant to stabilise the power situation in the central part of Ghana.

Bui Power Authority (BPA) or the Bui Hydroelectric Power Plant happens to be the only power plant which is in the central part of the country.

All the other generating power plants are located in the southern and coastal part of Ghana.

Bui supplies the central part and the rest of the load is met by generation from down south part.

At a press briefing on Thursday to give an update on the electric power situation in the country in the wake of complaints of intermittent outages, in some parts of Ghana especially in Kumasi and Accra, the Director of System Operations of GRIDCo, Mr Mark Baah said “currently, we have had to shut down the Bui plant because of the low level of water in the dam.”

In view of this, every power that Ghana requires from the southern parts up to Bolgatanga, Wa, everything has to come from the coast, down south upwards towards the north.

He said since the beginning of the year, there has been some power interruptions in the network.

This, he said is primarily due to the fact that the transmission system in particular has some “weaknesses, which we are trying to address but have not finished yet.”

“So we have had intermittent outages, sometimes transmission lines tripping off from the south western part of the country, affecting the entire system particularly Kumasi and this culminated in the entire system collapse on March 7, 2021”.

“Beyond this, Ashanti Region and in particular Kumasi has been experiencing intermittent outages particularly in the evening during peak times and all this is basically because of the fact that our power system has grown in terms of demand.”

Mr Baah said: “In fact, for the first time this year, we have crossed 3000 megawatts in terms of demand. At the moment, there is no generation plant in the central part of Ghana. All the power needed is generated from the coastal parts of Ghana.

“Kumasi happens to be the major central point within the system, heavy load. By the time the power gets to Kumasi, the voltage is so low, when voltages are low, you switch on your light and it is almost dim. Normally people call it low current, it is actually called low voltage, the voltage becomes so low and if we don’t do anything about it to prop up the voltage, the entire system will collapse.

“So it happens that during the evenings, during peak hours when the voltages are so low, sometimes we’ve resorted to taking off some figures particularly in Kumasi in order to prop up the voltages, so you will have Kumasi continue to experience this outage situation.

“We’ve  noted that inherent problem and there was a partial solution whereby we moved one transformer from Accra to Kumasi, but this is not the entire solution.:

To address the Kumasi problem, he said the Kumasi-Kintampo project is being built and will be completed by July 2021.

Why Ameri is going to Kumasi

He said as they analyzed, they saw that it is best to get a generator around Kumasi, “so the Ministry [of Energy] has taken a decision that the Ameri Power Plant, should be moved to Kumasi. So efforts are being put in place to ensure that gas infrastructure is sent to Kumasi to feed the Ameri Power Plant once that project is done. So when this is completed, our system will become even more resilient,” Mr Baah said.