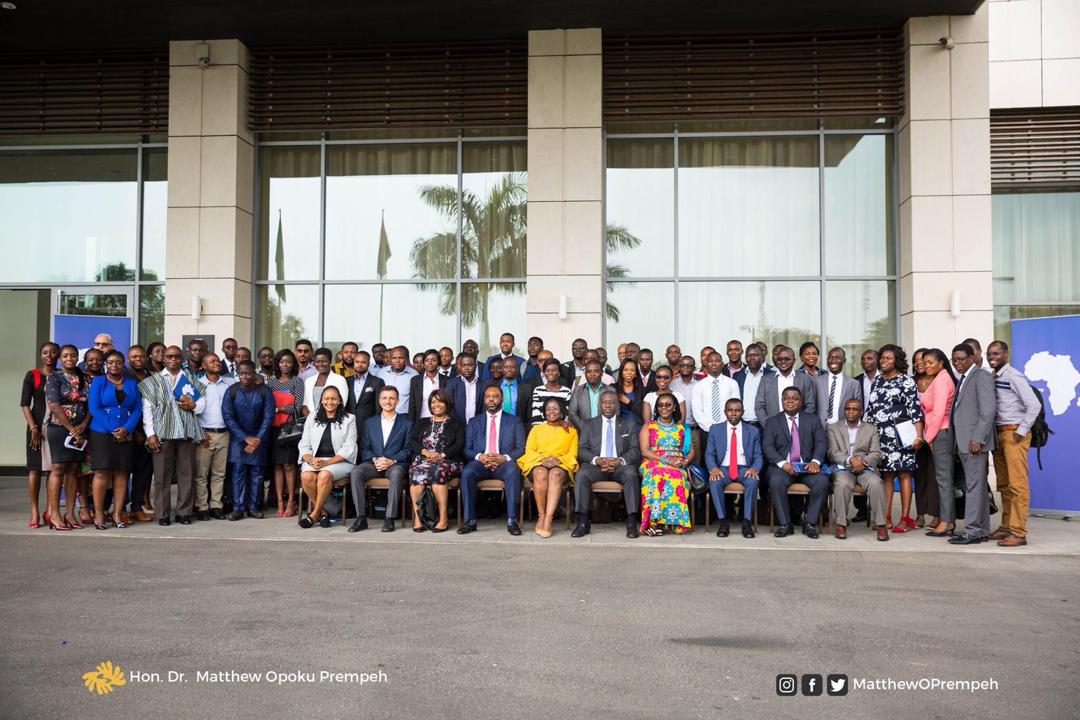 The event which took place at the Kempinski Hotel saw officials of Bloomberg and scores of government officials in attendance.

Minister for education, Dr. Mathew Opoku Prempeh in a speech said it was important for Africa to take advantage of the revolutionalised way of disseminating information in areas such as finance, law, technology, health and others to improve the lives of people.

He urged the participants to take advantage of the opportunity and hone their skills with a view to making an impact on the country’s development agenda.

Participants include Journalists and media practitioners, government officials and business professionals among others.

‘’Bloomberg’s global reputation makes this media initiative exciting, and government is deeply appreciative of its support’’ he said.

Also in attendance were the Ministers for Information and Communications Kojo Oppong Nkrumah and Ursula Owusu-Ekuful respectively.