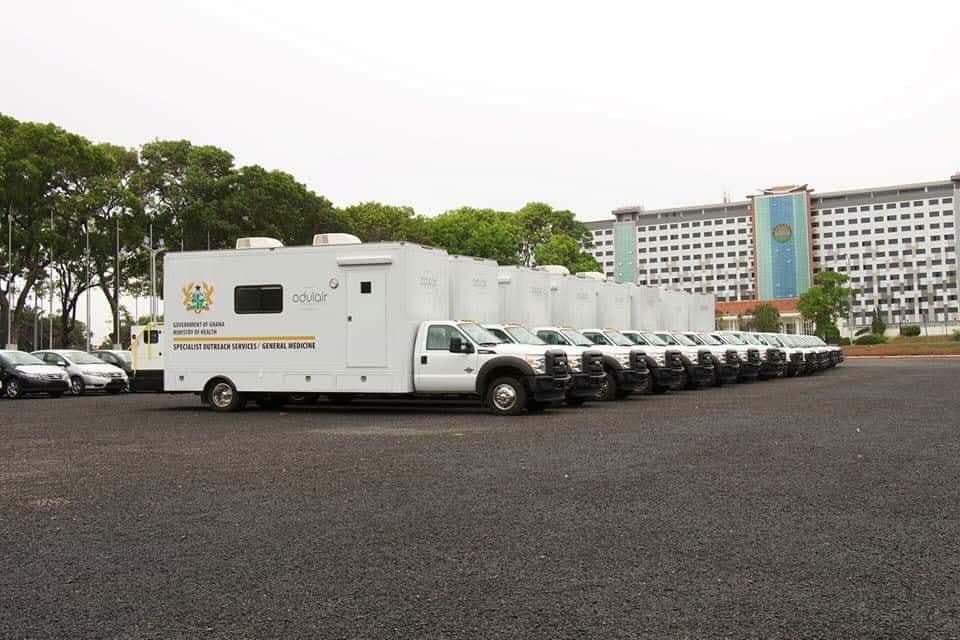 Government has imported 275 ambulances to be distributed to all Constituencies in the country.

The procurement of the ambulances which is to build the national ambulance stock, forms part of the one million dollar- one Constituency agenda promised by the government.

Government says it places premium on the citizenry and that is why it is promoting people -centred policies such as free SHS, payment of nurses’ and Teacher Training Colleges allowances and One District One factory programmes.

Vice President, Mahamudu Bawumia reiterated the point when he visited three districts in the Western North as part of his Ramadan Tour.

These are Dadieso in the Suaman District, Akontombra, the capital of Akontombra District and Juaboso in the Juaboso District.  He promised to tackle the problems on their roads as well as educational infrastructure.