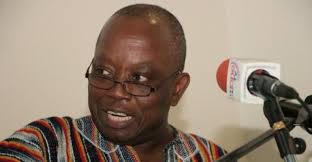 The Ashanti Region recorded the highest number of government employees on payroll with the numerical strength of 93,342, according to the Auditor General’s Department Report on Nationwide Payroll.

This is followed by the Greater Accra Region with staff strength of 79,116.

In terms of the top 10 Ministries, Departments and Agencies/Metropolitan, Municipal and District Assemblies by numerical strength, the Ministry of Education had the highest staff strength of 317,512 employees on the payroll.

This was followed by the Ministry of Health with a staff strength of 108,927 employees.

In terms of demography, the gender and age profile of employees on the payroll shows that the male employees numbered 299,116, approximately 57%.

The female employees were 223,362 representing 43% of total employees.

The figure also shows male employees in the age bracket of between 50 and 60 years on the payroll was 55,524 as opposed to female employees numbering 36,073.