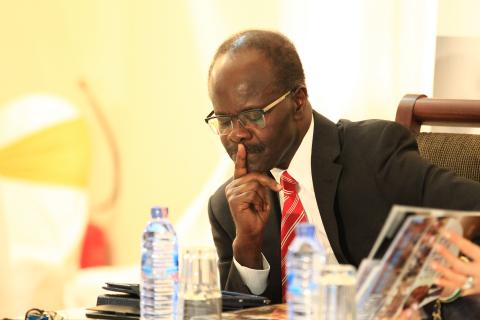 Thousands of customers whose millions of funds are locked up with Gold Coast Fund Management will this morning hits the streets of Accra and across the country to push for government intervention in retrieving their funds.

The investment firm, which appears to be in liquidity crisis, has in the last year been struggling pay its customers’ investments and interest on same, failing its payment obligations to customers and investors.

On the back of that, customers who form the Aggrieved Customers of Gold Coast Fund Management will today, October 15 embark on protest in Accra starting from the Obra Spot at the Kwame Nkrumah Circle through the Finance Ministry to the Jubilee House to present a petition to government.

A statement issued by the group demanded the prosecution of the owner of the chairman of Groupe Nduom, mother company of the investment firm, Dr Papa Kwesi Nduom and the entire management of Gold Coast Fund.

They also want the government to freeze Dr Nduom’s accounts.

Again, the group is demanding President Akufo-Addo sacks the head of the sector regulator, Securities and Exchange Commission, for allegedly looking on for their investments to go down the drain.

Meanwhile, the police say they have put in place “adequate plans” to ensure the safety and security of the demonstrators and the public considering the gridlock the demonstration is likely to cause along the approved routes.

The protest will start from the Obra Spot through Kwame Nkrumah Avenue, Farisco Traffic Light towards TUC, the High Streets and the Finance Ministry to the Jubilee House.

Notwithstanding, the police said “there will be no traffic diversions” and advised road users to consider alternative roads and routes for easy movement.