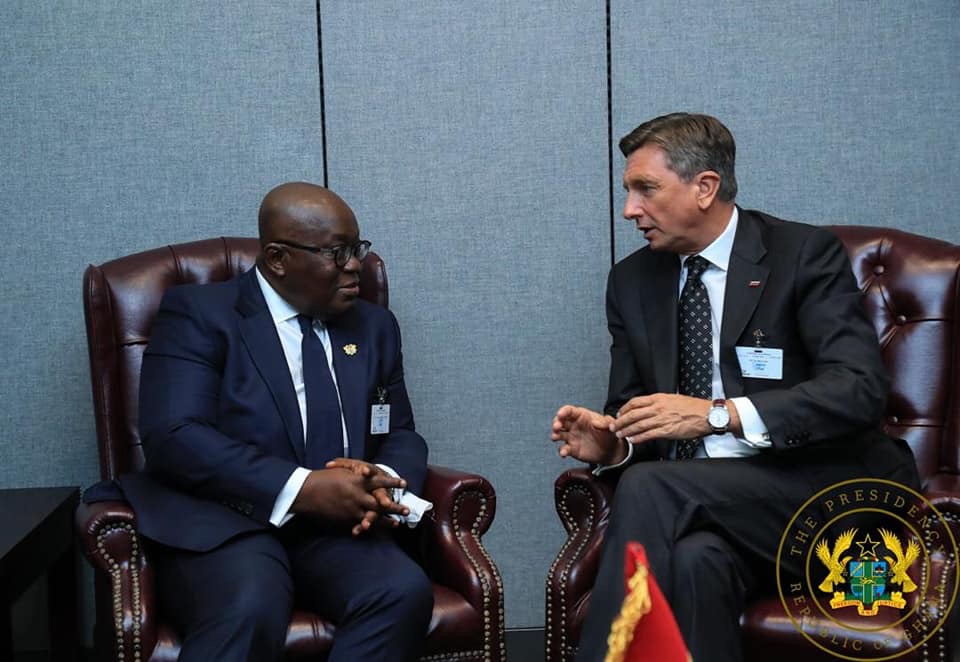 President Nana Addo Dankwa Akufo-Addo says the modest successes chalked by his  government in the quest to transform Ghana’s economy, over the past 20 months, is being recognized by the global business community which is now eager to engage with Ghana.

According to President Akufo-Addo, his government’s overarching goal to diversify the Ghanaian economy, from being a producer and exporter of raw materials to dealing with the world on the basis of things we make, continues to receive enormous boosts from major multi-national companies seeking to invest in Ghana.

The decision by two global car giants, Volkswagen of Germany and Sinotruk of China, he said, to establish very soon assembly plants in Ghana, with the intention, in the medium term, of producing their vehicles in the country, is a case in point.

“Tech giant, Google, has also decided to base its African Artificial Intelligence Centre in Ghana, which will make it the first in Africa. ExxonMobil has also signed an agreement with the Ghana National Petroleum Corporation (GNPC) to undertake deep-water oil exploration and production,” President Akufo-Addo said.

He continued, “For us, the rapid enhancement of foreign direct investment is an essential ingredient in realising our vision of a Ghana Beyond Aid, that is building in Ghana a strong, productive economy, capable of generating a dignified, prosperous existence for its people, and banishing the spectre of poverty.”

President Akufo-Addo made this known on Monday, 24th September, 2018, when he delivered an address at the US-Africa Business Centre, where he received the 2018 Outstanding Leader’s Award.

In his remarks, the President noted that his government is creating a resilient and robust economy, and the macroeconomic indices, at the halfway point of my term of office, are pointing in the right direction, a direction, he added, that will be maintained “so that we can provide the stability to stimulate investments.”

“Sector after sector, we are making significant advances. We have also taken steps to formalise the Ghanaian economy, and, in the process, we aim to establish the most business-friendly economy in Africa, to enable the private sector to thrive,” he added.

President Akufo-Addo, therefore, urged representatives of Fortune 500 companies present at the event to look at Ghana, and not to ignore her.

“You can choose to invest through the Ghana Investment Promotion Centre, or set up as a company in our Free Zones enclave. Regardless of where the investment is, government has instituted a number of incentives for the investor, depending on the nature of the activity or the location of the investment. This is to ensure that your investment succeeds. I assure you that your investments will be safe in fact, and will be protected by law,” he added.