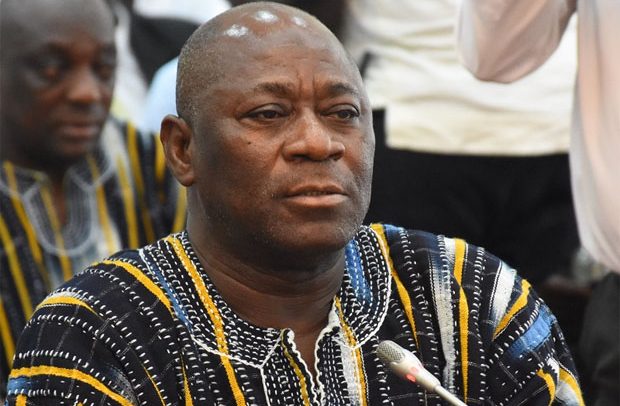 Alhaji Alhassan Sulemana, Upper West Regional Minister has complained about the practice where foreign names were considered the preferred choices of many parents instead of local names.

He said that practice did not only segregate such children from their culture, heritage, and identity, but also made such individuals look inferior before others.

Alhaji Sulemana urged traditional rulers to reconsider advocating the naming of children from their regions with local names to give them proper identity.

Alhaji Sulemana made the sentiment in a speech read on his behalf by Mr Amidu Chinnia, Deputy Upper West Regional Minister at the Regional Cultural Festival celebration in Wa, on Thursday.

It was on the theme ‘Empowering the Youth through Culture, Tourism and Creative Arts for Employment Creation’.

He urged parents, especially the educated ones to endeavour to speak their mother dialects to their children instead of other foreign languages at home.

He said that training made children look like immigrants among their own, as they were unable to express themselves effectively with their people.

The Regional Minister appealed to stakeholders to involve children in all cultural and traditional performances and activities so as to enable them sustain the various cultural values and heritages in the Region.

Alhaji Sulemana explained that the future of the creative arts industry and the preservation of our culture was in the hands of the youth, but expressed disappointment that not much interest had been placed on the teaching of cultural heritage to the younger generation.

He called for the intensification of the teaching and studies of the arts and culture, saying ‘when the youth are abreast with their cultural heritage, then the commercial aspects of it could be exploited’.

Madam Janet Edna Nyame, Executive Director, National Commission on Culture who graced the occasion, urged the youth to package the various music and dances in the Region properly to enable them complete successfully at the international level.

She said time had come for the people to jealously guard against the infiltration of foreign cultures, pointing out that the country’s cultural heritage would not be valued if foreign cultures took the centre stage of ‘our own’.

Madam Nyame appealed to stakeholders to use the cultural diversity to create healthy society for development, while they also take interest to develop all tourist centres and sites since tourism was driven by culture.