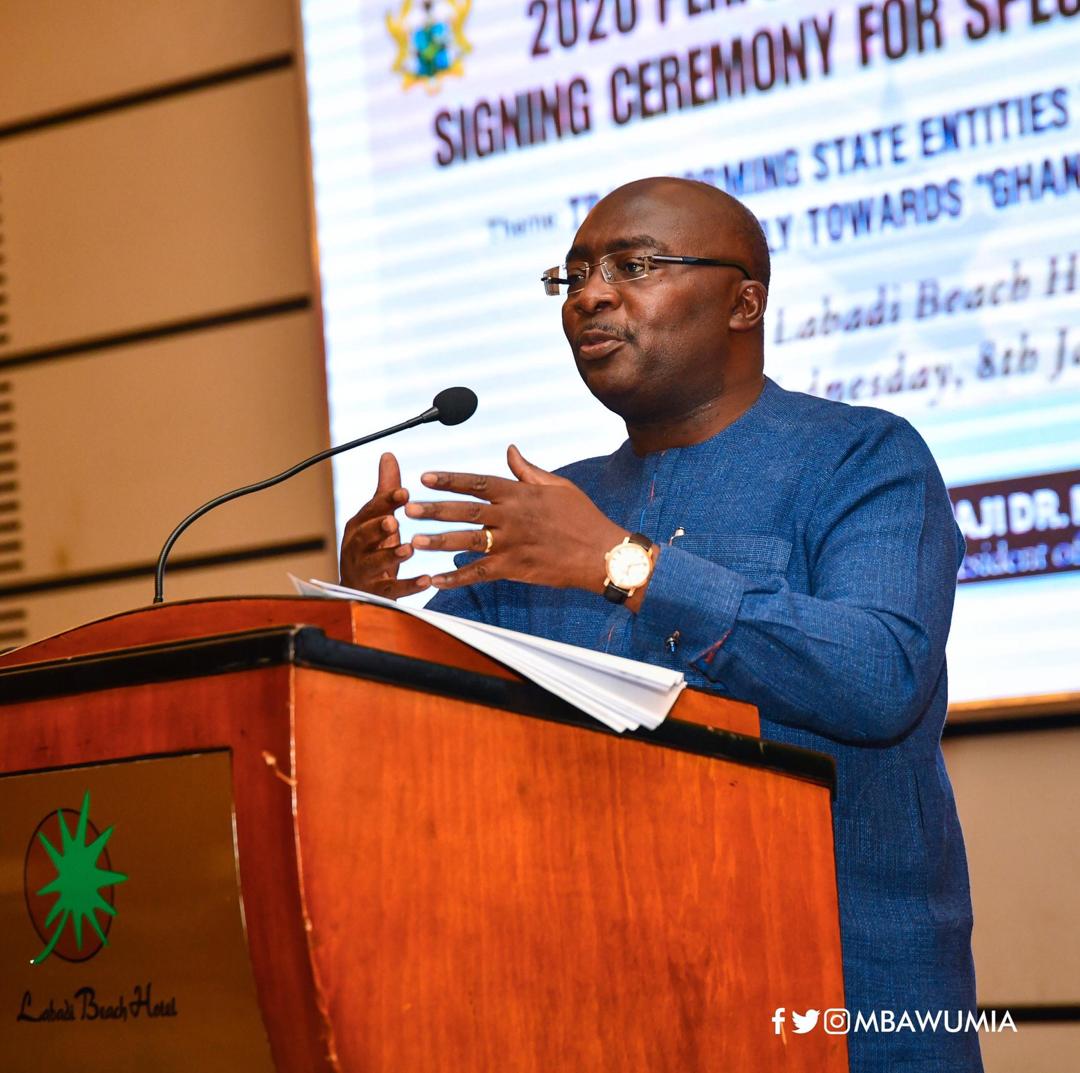 A statement issued by Moody on Friday, 24th January 2020 stated that “Moody’s investors Service (Moody’s) has today reaffirmed the Government of Ghana’s long-term issuer and senior unsecured bond ratings at B3 and changed the outlook to positive from stable”.

The statement continues that “the decision to assign a positive outlook reflects Moody’s rising confidence that the country’s institutions and policy settings will foster improved macroeconomic and fiscal stability over the medium term, in part as a consequence of the reforms implemented under the recent IMF reform program. Those reforms are beginning to bear fruit, as seen for example in the return to primary fiscal surpluses, measures to smooth the debt maturity profile and increasingly sustainable growth prospects. Pressures and risks remain, as evidenced by persistent revenue challenges, a potential repeat of pre-election fiscal cycles, and the emergence of significant arrears and further contingent liabilities in the energy sector, all contributing to rising public debt. The positive outlook reflects increasing confidence that the government will manage those pressures in such a way as to sustain and enhance external and fiscal stability”.

Moody further believes that, in recent years Ghana has seen a number of positive developments in key credit metrics, which partly reflect the institutional and fiscal reforms implemented under the four-year IMF program that was completed in April 2019. These include a return to sustained economic growth at around 5% on average, supported by the development of domestic hydrocarbon resources and the prospect of sustained non-oil growth driven by the restoration of power supply and renewed infrastructure investment, a structural improvement in the current account dynamics, and fiscal reforms which have resulted in primary surpluses since 2017.

Key fiscal reforms include the Public Financial Management Act, which improves fiscal governance, the establishment of a Fiscal Council and the Fiscal Responsibility Law (2018) requiring adherence to an overall fiscal deficit ceiling of 5% of GDP and a primary surplus. 2019 saw a cash deficit of 4.8% of GDP and a primary surplus of 0.9% of GDP — weaker than the initial targets but within overall limits. Moody’s expects a similar outcome this year and a renewed shift to fiscal consolidation following the election.

This positive verdict by Moody’s on the state of the Ghanaian economy seems to synch with what the position government has held on the on state of the economy. During the past week, both the President and Vice President of Ghana have given indications of how good the economy has been run making it possible for government to implement bold policy decisions that have huge budgetary implications. Vice President and Chairman of the Economic Management Team, Dr. Mahamudu Bawumia underscores the point that at the heart of delivering on key government pledges is the prudent management of the economy.

“Sometimes when we say the economy is doing well some people find it difficult to appreciate. It is easy to say things are hard but the stark reality is that if you look at the things government is doing such as paying teacher trainee allowances, funding free SHS, paying nursing trainee allowances, expanding the economy and having resources to recruit over 350,000 people in the public sector, finding money to finance planting for food and jobs, finding money to pay almost 80% of contractors who were owed by government, paying all the NHIS arrears, increasing the capitation grant, increasing peace keeping allowances for soldiers, and the many things we are doing, if you don’t manage your economy well you cannot get the resources to finance all these”, Dr. Bawumia recounted at a recent event in the Eastern region.

He continued “quite frankly, these were things that the previous government failed to implement. In fact, they cancelled the teacher and nursing trainee allowances, they could not fund free SHS, they couldn’t pay the NHIS arrears and contractors because , according to them there was no meat on the bone. You cannot have meet on the bone when your economy is manged poorly. What we are seeing today is just as a result of competent economic management by Nana Akufo-Addo”.

The Moodys rating and the data on the economy supports the view by Vice President Bawumia who has challenged critics of this administration to not just criticize but adduce data to back their claims. “The data is quite clear and if you interrogate the data you can only conclude that indeed this is competence in the management of the economy’’, Vice President Bawumia.

Despite the outlook, Moodys draws government attention to potential challenging areas that could affect the current economic gains if care is not taken “The decision to affirm the B3 rating balances, for now, those positive medium-term trends and existing challenges. A key constraint on the rating is the country’s significant exposure to international capital flow reversals, which tend to coincide with exchange rate volatility and rising external and domestic borrowing costs, putting pressure on already weak debt affordability”, the report indicated.