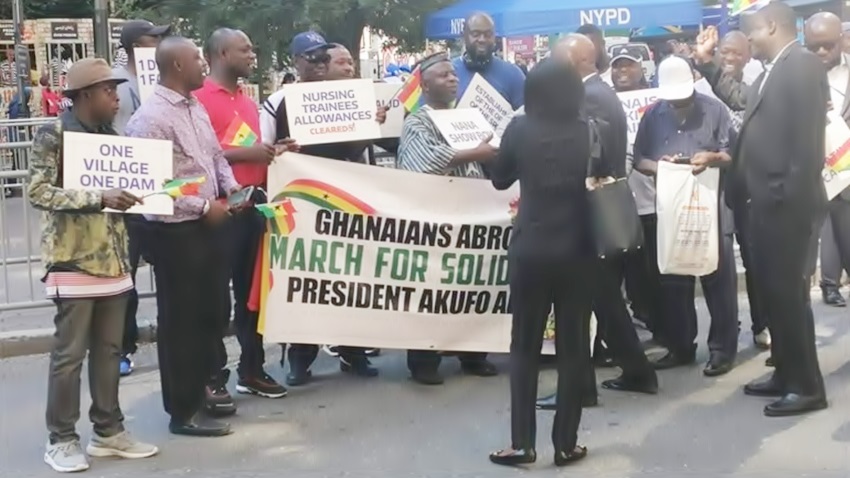 Some Ghanaians living in the USA have praised the achievements of President Akufo-Addo on the sidelines of the 74th Session of the United Nations General Assembly in New York.

The President has joined world leaders and delegations for the UNGA which started on Tuesday 17th September 2019 on the theme “Galvanizing multilateral efforts for poverty eradication, quality education, climate action and inclusion”.

The Ghanaians who gathered in front of the UN headquarters chanted patriotic songs and thanked President Akufo-Addo and his government for fulfilling campaign promises and transforming lives.

They carried placrads outlining some achievements of the Akufo-Addo administration including the creation of jobs under the Nation Builders Corp (NABCO and the construction of dams in the regions of the North.

”President Akufo-Addo has fulfilled many of his campaign promises and has brought relief to many Ghanaians back home, we are here to thank him and urge him on” a leader of the group told reporters.