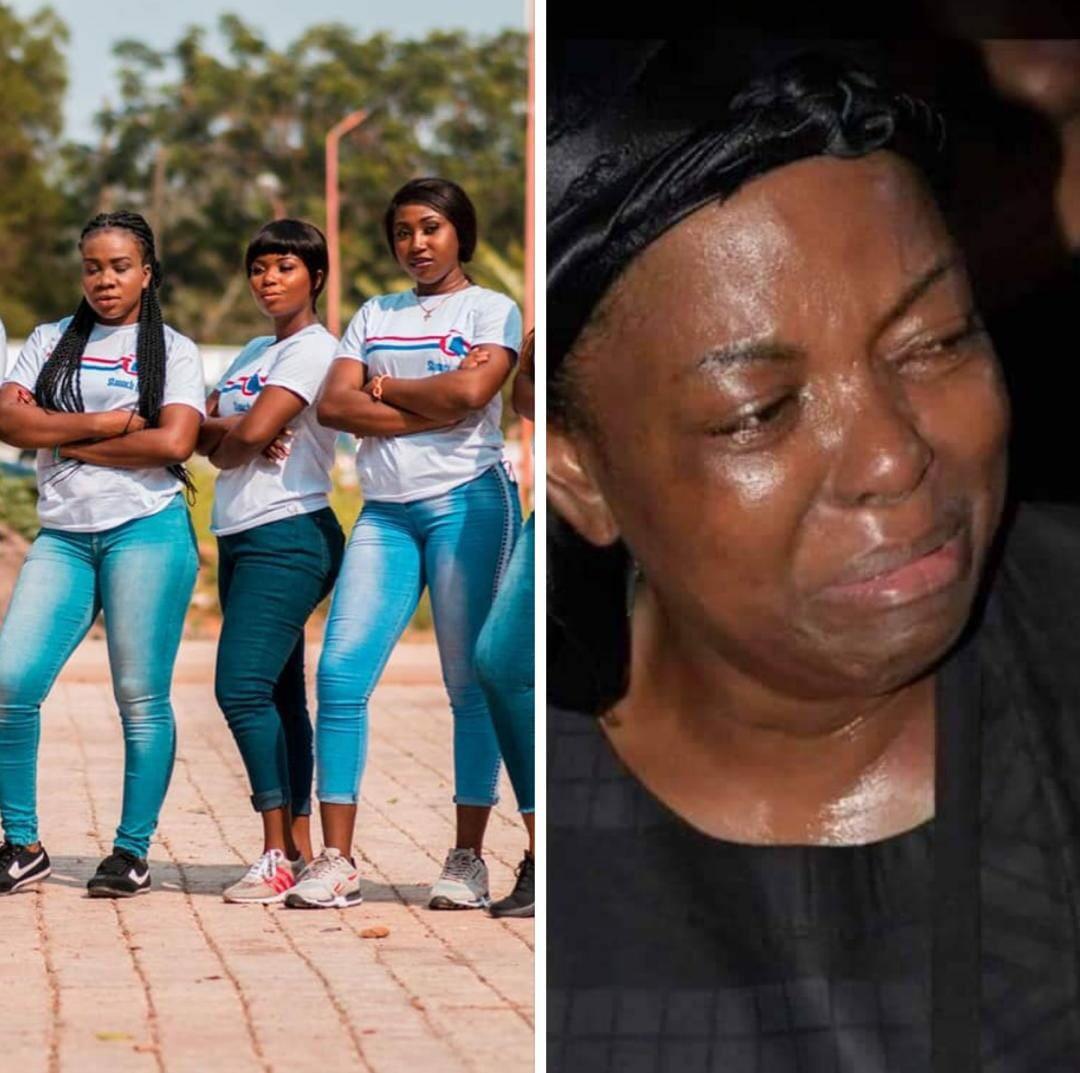 Scores of Ghanaians yesterday took to social media platforms such as Twitter and Facebook to chastise National Democratic Congress (NDC) parliamentarians for an unsavoury tag on the newest member of the House.

Lydia Alhassan contested and won her late husband seat, and was sworn into office yesterday.

However, following some disturbances at La Bawaleshie, one of the 137 polling centres, the NDC says they would not recognise the new MP.

As she was being sworn into office, the NDC MPs staged a walkout while hurling placards of a very unsavoury and insensitive phrase.

The Minority NDC Parliamentarians said they did not want to be associated with the process.

Their Chief Whip, Muntaka Mubarak Mohammed, told the House the action was to solidarise with the victims of the violence that occurred at the La Bawaleshie polling centre during the election that gave Lydia Alhassan a seat in the House

“To support our comrades and citizens that were unnecessarily hurt and brutally assaulted, I am sorry to say that, with your indulgence, our side of the house cannot be here to witness this swearing in,” he said amid cheers from his colleague Minority MPs.

Mr Joseph Osei Owusu, the First Deputy Speaker of Parliament, however, went ahead and swore Ms Alhassan into office.

Ms Sarah Adwoa Safo, the Deputy Majority Leader, also expressed her displeasure at the posture of the Minority, saying that the swearing-in was in line with the Constitution of Ghana.

“We will not be perturbed by the absence of the other side. Business will continue as usual”, she said amid cheers from the Majority.

She also stated that the House would continue with the business for the day.

The Electoral Commission (EC) on January 31, 2019 organised a by-election in the Ayawaso West Wuogon Constituency in Accra to elect a new MP to replace Mr Emmanuel Kyeremateng Agyarko, who died on November 21, 2018.

However, a few hours into the elections, some armed men stormed the residence of the National Democratic Congress (NDC) parliamentary candidate, Delali Kwesi Brempong, which led to a shooting incident.

The NDC subsequently called on the EC to annul the results. The EC, however, described the electoral process as peaceful, free and fair, and that the violent incident only occurred at the residence of the NDC’s parliamentary candidate.