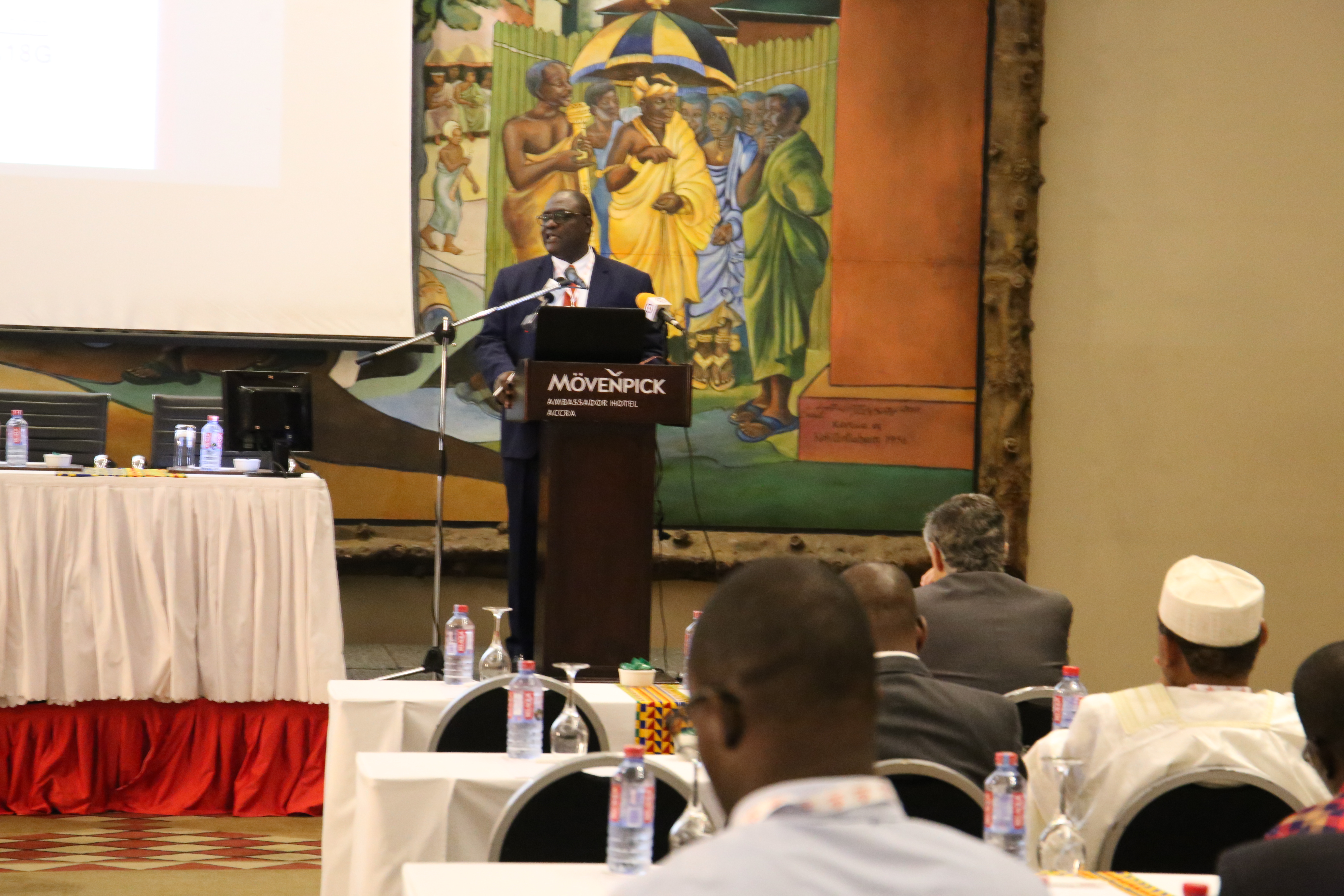 The Ghana Ports and Harbours Authority has touted the ports in Ghana as the most secured in the West African Sub Region.

Director of Port for the Takoradi port, Captain Ebenezer Afadzi speaking at the 20th intermodal Africa conference in Accra Wednesday November 28, 2018, at the Movenpick Ambassador Hotel said the Ghana Ports and Harbours Authority has heavily invested in technological innovations aimed at making the ports efficient.

According to him, they have invested to enhance security they provide for shippers and customers explaining that the port authority has also embarked a massive automation within the port enclave, ensuring access to the port is given to only legitimate people who do business there.

‘’Security of the ports is very critical and a good indicator of port efficiency’’ he noted.

The port Authority he opined has implemented a host of security enhancing services with the overall aim of making the ports safe and secure for doing business.

‘’Apart from the development of the 3.5 million TEU capacity terminal, we are also looking beyond Tema and Takoradi by exploring the possibility of building a third port at Keta. We are doing all this to position Ghana as the trade and logistics hub in the Sub Region and we believe we can do this by expanding our ports’’ he said.

The 20th intermodal Africa conference has brought together over 190 delegates from various countries, features 30 world class conference speakers and 400 senior executives with various backgrounds in the port industry.