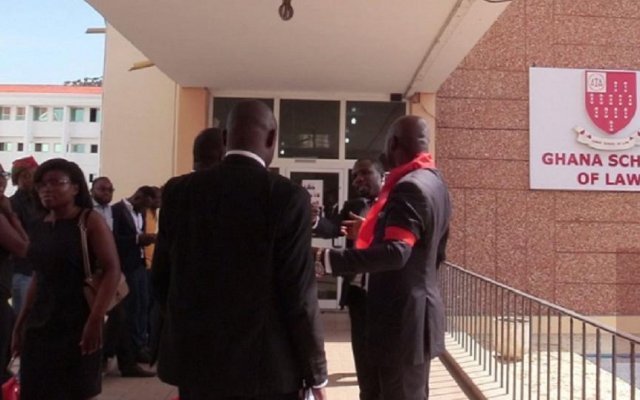 Students of the Ghana School of Law (GSL) have boycotted special classes organised by the school for students who have been repeated.

Their refusal to oblige the school authorities with respect to the special classes emanate from the mass failure of students in the bar examination, which has been pegged at a colossal 88 percent.

The students in a statement said they are surprised that instead of addressing the core issues affecting them, the school authorities are painting a picture as though the issues border on teaching and learning.

In their estimation, the conduct of the examinations is partly responsible for the high rate of failure.

“We wish to respectfully submit that we have resolved not to participate in the Special Classes pending the determination of the issues in our petition” they added.

The students say they are counting on the General Legal Council, Parliament, the Council of State and the President to help resolve the issues.

They presented a petition outlining their grievance to the Speaker of Parliament a fortnight ago and are hopeful that all the issues that have militated against law students will be addressed.

One hundred and seventy-seven have been referred in various papers including Evidence; and Advocacy and Family law.