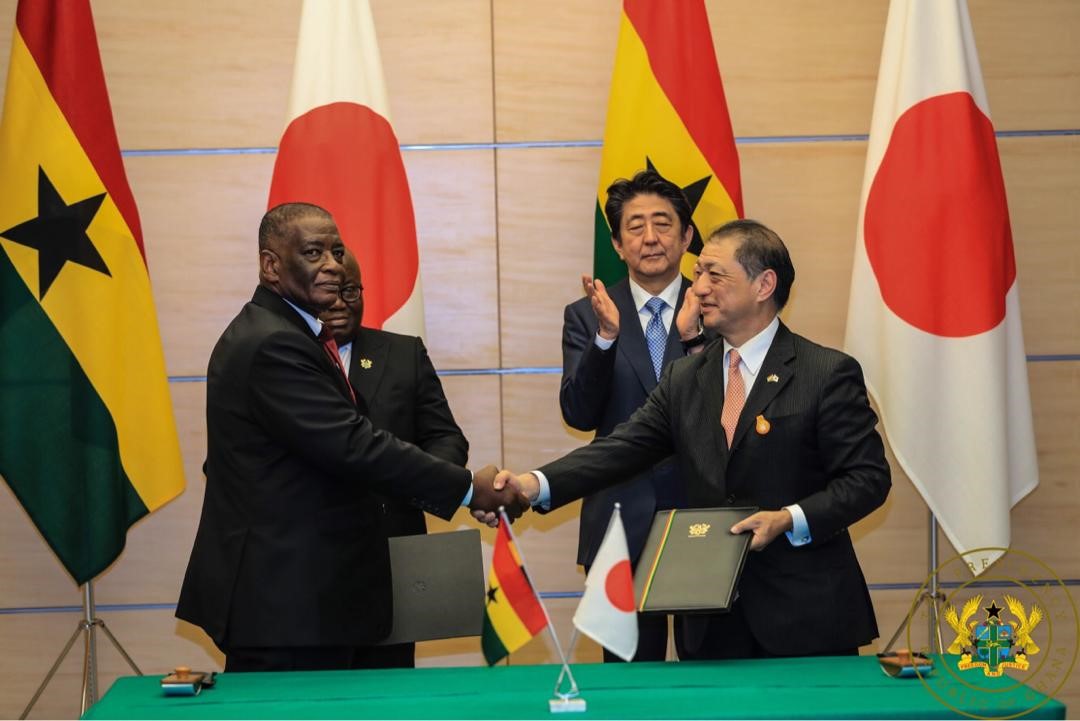 Ghana has received a $57 million (¥6.49 billion) grant facility from the State of Japan for the rehabilitation of phase two of the national trunk road, N8.

This was after the Governments of Ghana and Japan signed an agreement after the holding of bilateral talks between President Akufo-Addo and Japanese Prime Minister, Shinzo Abe, on Tuesday, 11th December, 2018, day 1 of the President’s 3-day official visit to Japan.

Phase two of the N8 trunk road project comprises the road network from Yamoransa to Assin Praso, in the Central Region, and Bekwai-Anhwia Nkwanta-Kumasi roads, in the Ashanti Region.

Speaking after the signing of the agreement, President Akufo-Addo stated that the rehabilitation of the N8 trunk road “would go a long way to facilitate the movement of goods and people, as well as open up that area of the country for development.”

It will be recalled that Japan, in 1994, completed the construction of National Trunk Road N8, through an Official Development Assistance (ODA) loan (176km) to Ghana.

However, the rapid increase of traffic volumes resulted in the deterioration of some sections of the road, and the Government of Ghana, as a result, requested the rehabilitation. The project aims to rehabilitate the southern road section of the National Trunk Road, N8, in Ghana.