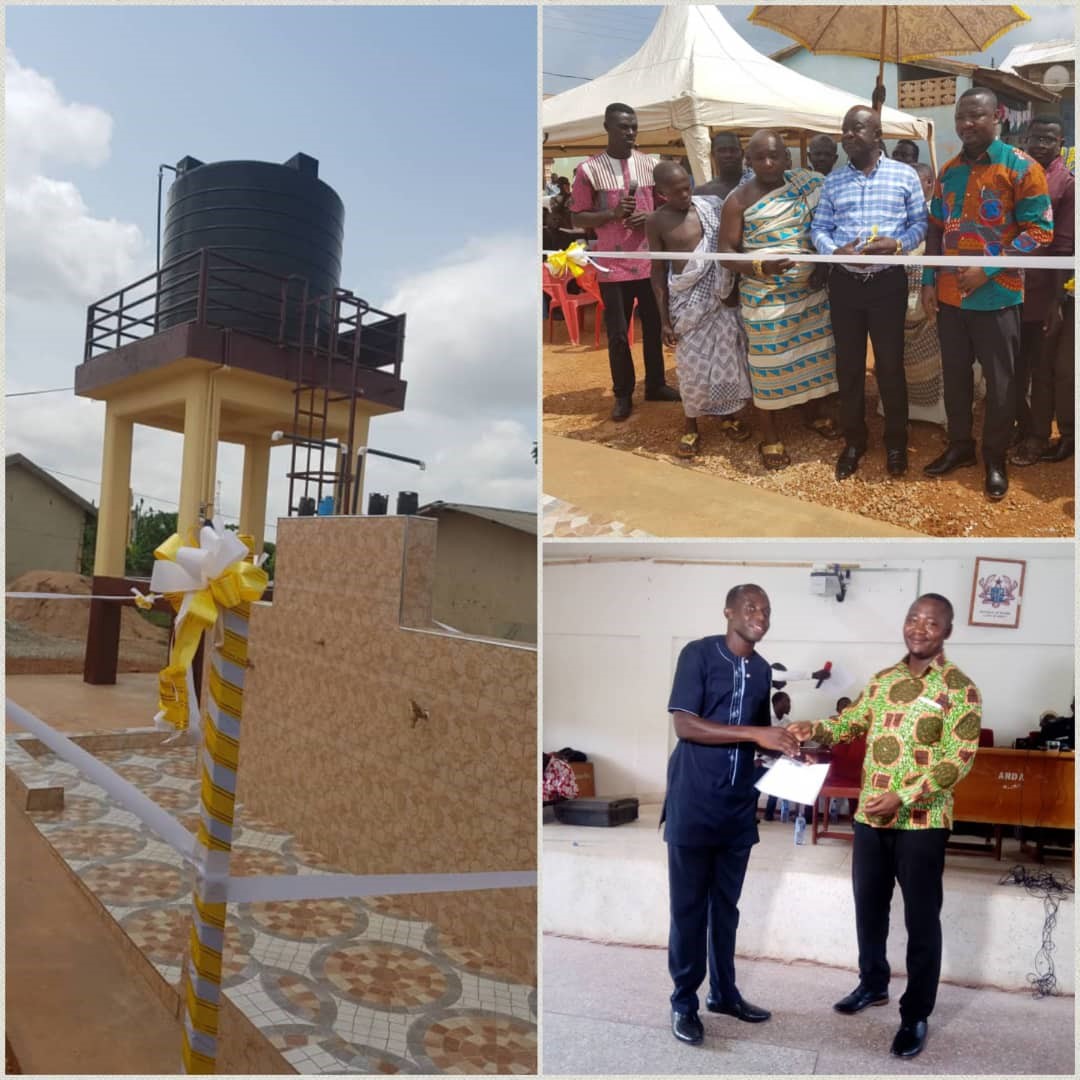 District Chief Executive for Adansi North, Eric Kweku Kusi, has inaugurated and handed over a three-unit classroom block at Asilevikrom Junior High School and a mechanized borehole at Dadwen.

The DCE also inaugurated a Visitors Lounge for Dompoase Senior High School to climax the 2017/2018 SRC Week Celebration and issued certificates to small scale mining trainees at University of Mines and Technology, Tarkwa.

He also personally donated GHC 500 to the SRC, two sets of football and jerseys, and 50 pieces of running vest for boys and girls of the school.

The classroom block was funded by the ANDA from its share of the District Assembly Common Fund; the Visitors’ Lounge was constructed by the 2017/2018 SRC while the borehole was constructed by Anglo Gold Ashanti (Obuasi Mines) as part of their corporate social responsibility.

Mr. Kusi, presenting certificates to the trained small scale miners, advised them not to go and start doing anything but wait until the ban is lifted.

“Even if the ban is lifted, you will go through the process and, when successful, you will be given a go ahead,” he said.

The DCE took advantage to highlight on-going projects in the school by the government including two 18-seater water closets for Dompoase SHS by the Ghana National Petroleum Commission and a six-unit classroom block by Ghana Educational Trust Fund.