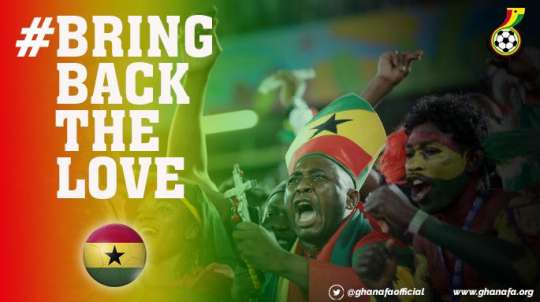 The campaign hash tagged #BringBackTheLove is aimed at igniting passion and galvanising support for the Black Stars as they seek to redeem themselves after their disappointing Afcon 2019 campaign in Egypt.

A statement from the Communications Department of the GFA said the campaign would see players, coaches and executives of the GFA take centre stage in the #BringBackTheLove campaign, and the GFA will partner the media to drive the campaign.

It said the GFA will announce further details on the #BringBackTheLove Campaign as the Black Stars’ match with Bafana Bafana approaches.