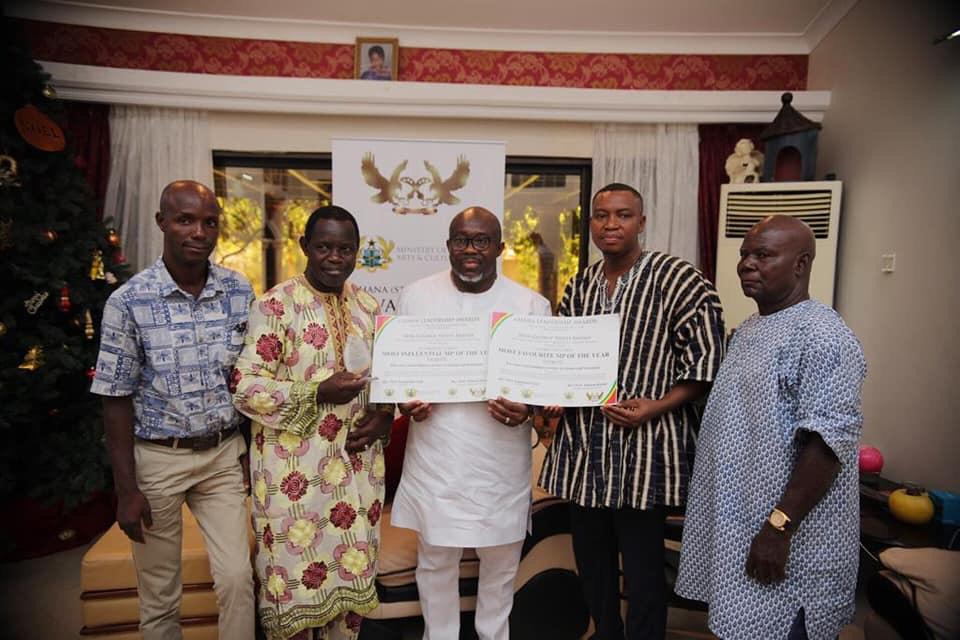 The award was conferred on the deputy communications Minister by the Ghana Leadership Awards scheme.

‘’It is flattering to follow in the footsteps of political seniors like Former President Rawlings, Majority Leader  Osei Kyei Mensah Bonsu, Osabarima Kwesi Ata, H.E President Akufo-Addo and Dr. Kweku Oteng who have been previous recipients of the Ghana Leadership Awards, to name a few’’ Mr. Andah said after receiving the award.

He credits the award to the dividend of the support he has received from many people throughout his lifetime and career.

He was full of gratitude to the numerous people who played one role or the other culminating in the recognition bestowed upon him.

He wrote ‘’I would want to thank my God for how far He has brought me, and to my brothers and sisters from Awutu Senya West, who took me to represent us in parliament and have cooperated towards building a better constituency for us all. To the President and Vice, my boss the Minister for Communications, Hon. Kwamena Bartels, Frank Damali, Norkor Duah, Gaddy Laryea, Torgbor Mensah, my family and friends, and all who have lit the many torches that guide my path, I’m eternally grateful. Last but not the least, I want to thank my DCE and all assembly staff, teams I work with in the constituency, at Ministry of Communications and Parliament, my Andah-Hagan-Barning family, and friends for the steadfast love and commitment’’.