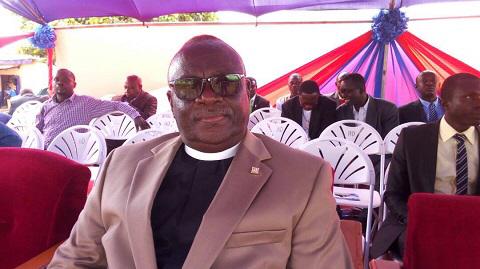 Three members of the Apostolic Church, Ghana, have sued the General Secretary of the church, Apostle Alex Kwaku Ofosu, for allegedly altering his age to enable him to continue to stay in office.

It is the contention of the plaintiffs — Elder Emmanuel Tetteh Nyumgor, Elder William Okyere and Elder Ernest Teye — that Apostle Ofosu attained the age of 65, which is the retiring age for officers of the church, on January 28, 2018.

According to the plaintiffs, they went to court following the failure of the National Council to act on their petition of December 17, 2018 for Apostle Ofosu’s removal.

Among other reliefs, the three church members are seeking an order of injunction from the court directed at Apostle Ofosu to “immediately cease and desist from acting as the General Secretary of the Apostolic Church, Ghana”.

They also want the court to order the church and its National Council to constitute a committee to look into their petition for Apostle Ofosu’s removal.

“The committee should hear and submit a report to the Second defendant (National Council) on the petition for the removal of the third defendant (Apostle Ofosu) within 14 days,” they averred.

Case of the 3 church members

It is the case of the three plaintiffs that Apostle Ofosu’s date of birth on his passport and in the Social Security and National Insurance Trust (SSNIT) database is January 28, 1953.

“In the 1st defendant’s (Apostolic Church’s) brochure printed for the 3rd defendant’s (Apostle Ofosu’s) induction ceremony dated May 30, 2015, the day and his date of birth published are Saturday, January 28, 1956.

“However, in another brochure of the church’s inauguration of the Effiduase District first anniversary celebrations, dated May 22, 1994, which was hosted by the 3rd defendant (Apostle Ofosu), who was then the Effiduase District Pastor, his day and date of birth are Wednesday, January 28, 1953,” the statement of claim stated.

The three church members claim Apostle Ofosu knowingly “misrepresented his age” and that such an action constitutes dishonesty, which is one of the grounds for his removal, per the Constitution of the Apostolic Church, Ghana.

Although Apostle Ofosu is yet to file a defence in the suit, he denied the allegations levelled against him in his response to the petition by the three church members to the National Council.

“I wish to state emphatically that I am not liable or guilty of the offence of dishonesty or conduct that will bring the esteemed office of General Secretary of our reputable church into disrepute, ridicule or contempt,” he said.

In the response, dated January 10, 2019, he described the three petitioners as “vicious petitioners” bent on tarnishing his reputation.

“None of the petitioners has ever contacted me about this matter, be it for clarification or otherwise. Rather, they have, in the first instance, escalated the matter to the National Council members and made an emphatic scandalous statement to denigrate my hard-earned reputation. It is very unfortunate that officers of the church who claim to be in good standing can be so vicious,” he said.

According to him, he was born exactly three years after the death of his brother and his father, in a quest to forget the death of the son, decided to give him all the particulars of his dead brother, “including his name Kwaku Ofosu, date of birth, etc”.

“Consequently, from my childhood to my adulthood, I bore the name, date of birth and total identity of my late brother who was believed, culturally, to have come back to life as me — but I did not know anything about that history at all,” he said.

Apostle Ofosu said growing up, he became curious because his age did not match that of his classmates and also there was a five-year age gap between him and his brother who came right after him, while there was only one year or at most a three-year age difference among the other siblings.

He said when he became an adult, he pestered his older siblings, who eventually told him the truth about his age, based on which he entered the Apostolic Church with his 1956 birth date, which was his true birth date, but also maintained his existing names and records out of respect for his late father.

“I have never changed that 1956 date of birth in any official record of the church throughout my 28-year tenure as a minister of the church,” he said.