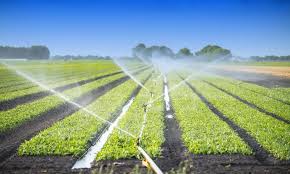 The Ghana Commercial Agriculture Project (GCAP) has begun rehabilitation and modernisation of the Tono irrigation scheme in the Upper East Region, to boost agricultural production and increase food security in the country.

The project is expected to increase the irrigable area from 1,300 hectares to 2,490 hectares of water for year-round agricultural production.

Around 2,300 farmers who cultivate about 1,300 hectares of land are expected to benefit.

The project is a collaboration by the Irrigation Company of Upper East Region (ICOUR) and Ghana Irrigation Development Authority (GIDA), with support from the World Bank.

The rehabilitation work will include re-grading and gravelling the main access road, re-gravelling the dam wall, erosion control of the dam slopes, and replacement of lost linings of concrete on the main and lateral canals, which commenced in October 2018 and is expected to be completed by early March 2020.

It will help enhance the cultivation of cereals like maize, rice and sorghum; legumes like soy bean, cow-pea and groundnuts; as well vegetables such as pepper, okra, tomatoes, onion, garden-eggs and leafy vegetables.

GCAP’s support to farmers is intended to encourage them to venture into commercial farming and not to see farming as just a way of life for only domestic consumption, but rather strive to produce for the market.

The source of the water is the Tono Lake, created by building an earth dam across the Tono River – of which constructed started in 1975 and was completed in 1985.

ICOUR was established by the government of Ghana to manage the Tono and Vea schemes, with the beneficiaries of the Tono scheme mostly being small-scale farmers from eight villages in the Kasena-Nankana Municipality and the Builsa North district, both in the Upper East Region.

Ing. Bloomfield Attipoe, GCAP Northern Zonal Coordinator, said when completed, the project will lead to an improvement in the economic well-being of the people of Navrongo and its environs, and Ghana at large.

“Our mandate is to improve agricultural productivity and production for both smallholder and nucleus farmers in selected project intervention areas – with increased access to reliable water, land, finance, agricultural inputs and output markets,” he stated.

He noted that the project is to complement government’s flagship programme of Planting for Food and Jobs (PFJ) to ensure economic growth for the country.

He noted that the deplorable state of irrigation schemes is affecting agricultural production in the country, which makes such rehabilitation works imperative.

“For over thirty years, the mainly gravity open-canal irrigated system has been in operation and in recent times suffered from low irrigation efficiencies and reduced seasonal irrigated areas due to severe deterioration of the infrastructure,” he added.

He stressed that between 2007 and 2009, a partial rehabilitation of the scheme was carried out by replacing the sandcrete slabs in the main gravity canal and the left and right bank canals with concrete.

Good afternoon comrade
i have read the story which I wrote
this story was written by me but you have taken the credit.
I had to draw the attention of Ing Attipoe and he is surprised

Sorry bro. I searched for the source, but couldn’t find it. If you observe, you would realize that we credit any media house whose story we use.
Apologies. We have effected the correction.