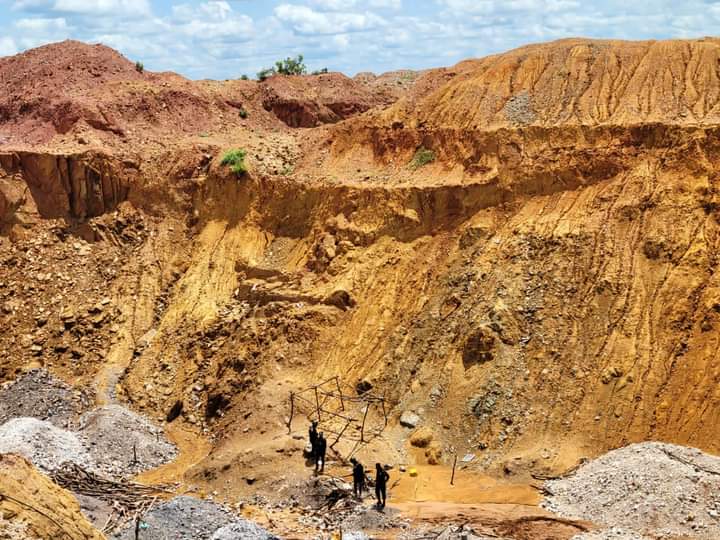 Five people, who were said to be engaged in illegal mining were trapped to death on Monday in a pit at Nangruma in the Mamprugu/Moaduri District in the North East Region.

They were said to be prospecting for gold in an abandoned pit, an area some Chinese nationals are said to have earlier mined and left it uncovered.

The pit collapsed and trapped them on Monday afternoon.

They have been identified as Kwaku Noah, Issahaku Osman, Mohammed Ibrahim, Salifu and Aliu Waliu.

The North East Regional Director of the National Disaster Management Organisation (NADMO), John Kwaku Alhassan who confirmed the incident to Graphic Online’s Mohammed Fugu in Tamale said the bodies were retrieved from the pit by a rescue team and handed over to the families for burial.

He explained that the illegal miners were said to have entered the abandoned pit to scoop out flood waters and prospect for gold.

“The pit was mined by some Chinese nationals but it has since been abandoned, so due to the recent flood, the illegal miners went there to pump out the water and prospect for gold and were trapped,” he said.

Mr Alhassan indicated that a team of NADMO officials have since been dispatched to conduct an investigation and assess the state of illegal mining in the area.

A team of police personnel were also sent to the disaster site on Monday.