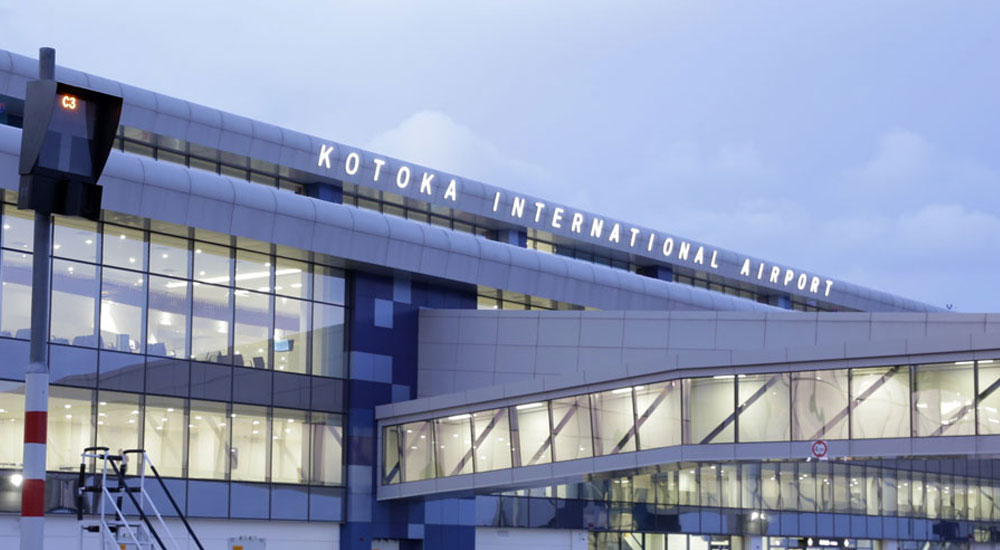 The Management of the Ghana Airports Company Limited (GACL) has rebutted claims by former President John Dramani Mahama that government has put the Kotoka International Airport (KIA) up for sale.

The former President who is also the flagbearer of the opposition National Democratic Congress (NDC) made the allegations on a social media platform known as Woezor TV recently.

But the company says the former president’s pronouncements are not true.

A statement issued by the Company said assertions by the former president that an investment of 600 Million Dollars was spent on the KIA is also false.

It explained that the amount involves the funding of projects not only at the KIA, but projects in all airports including the 130 Million Dollar Runway project at the Tamale Airport and the 25 Million Dollar new Airport in the Volta Regional Capital Ho.

On allegations that the company is unable to meet its obligations to creditors of a syndicated loan, the GACL said it has till date met its payment obligations under the loan facility.

The company said it is not government’s responsibility to invoke a force majeure clause as being asserted by Mr. Mahama.

It said GACL from the onset of the COVID-19 pandemic triggered the force majeure clause provision under the loan agreement and has been in discussion with its lenders to meet its obligations.

Under the COVID-19 relief programme, GACL said government has extended relief support to the company.

The statement said revenues from GACL are neither capped nor realigned in accordance with capping and realignment Act as postulated by the NDC flagbearer in his interview, adding that monthly reports on airport tax (APSC) are forwarded to the Ghana Revenue Authority.

The statement ended by assuring the generality of the Ghanaian people that the KIA is not for sale and that its vision of making Ghana the preferred aviation hub and leader in airport business in West Africa remains a priority.

Read the details in the statement below: 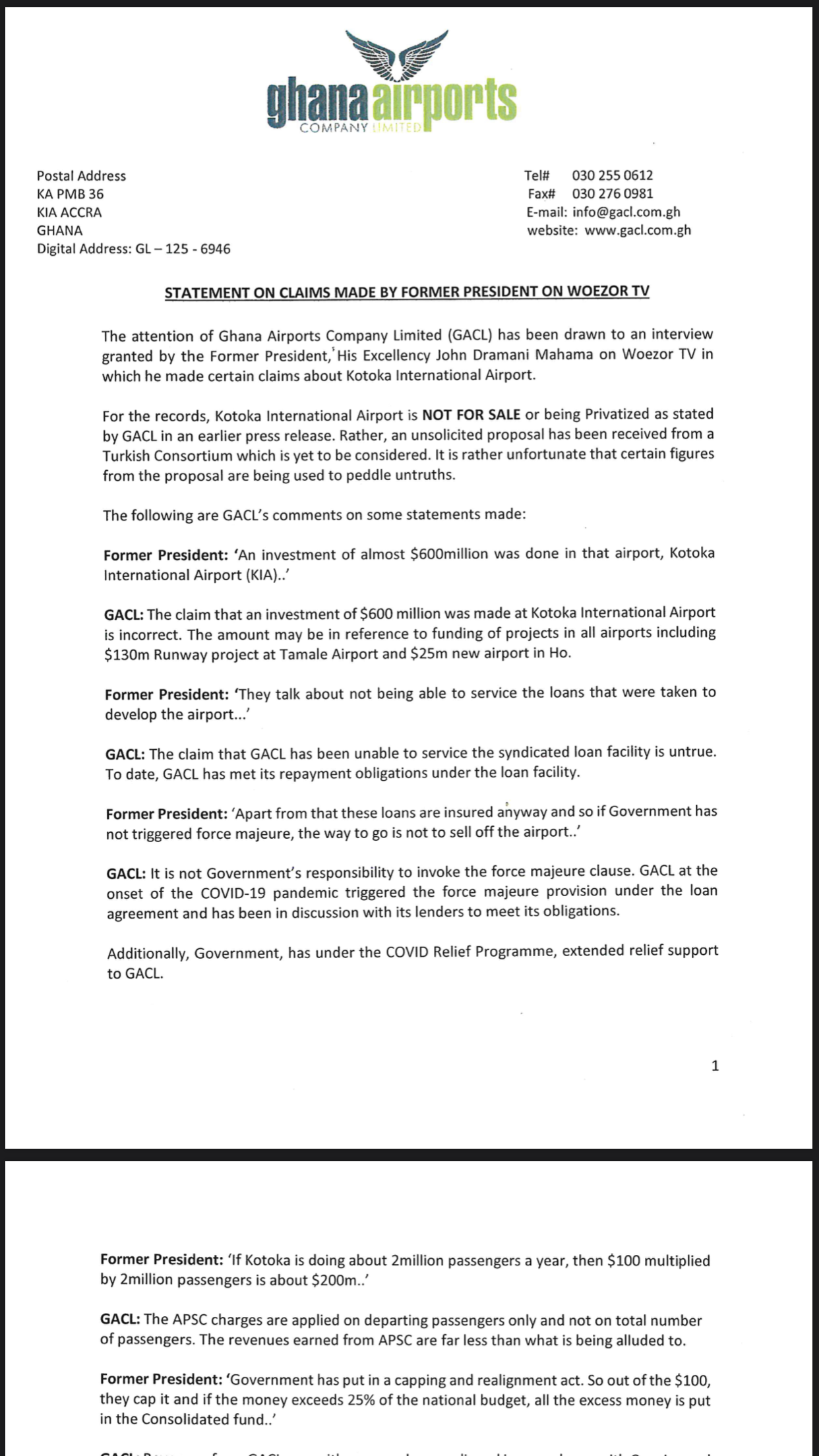 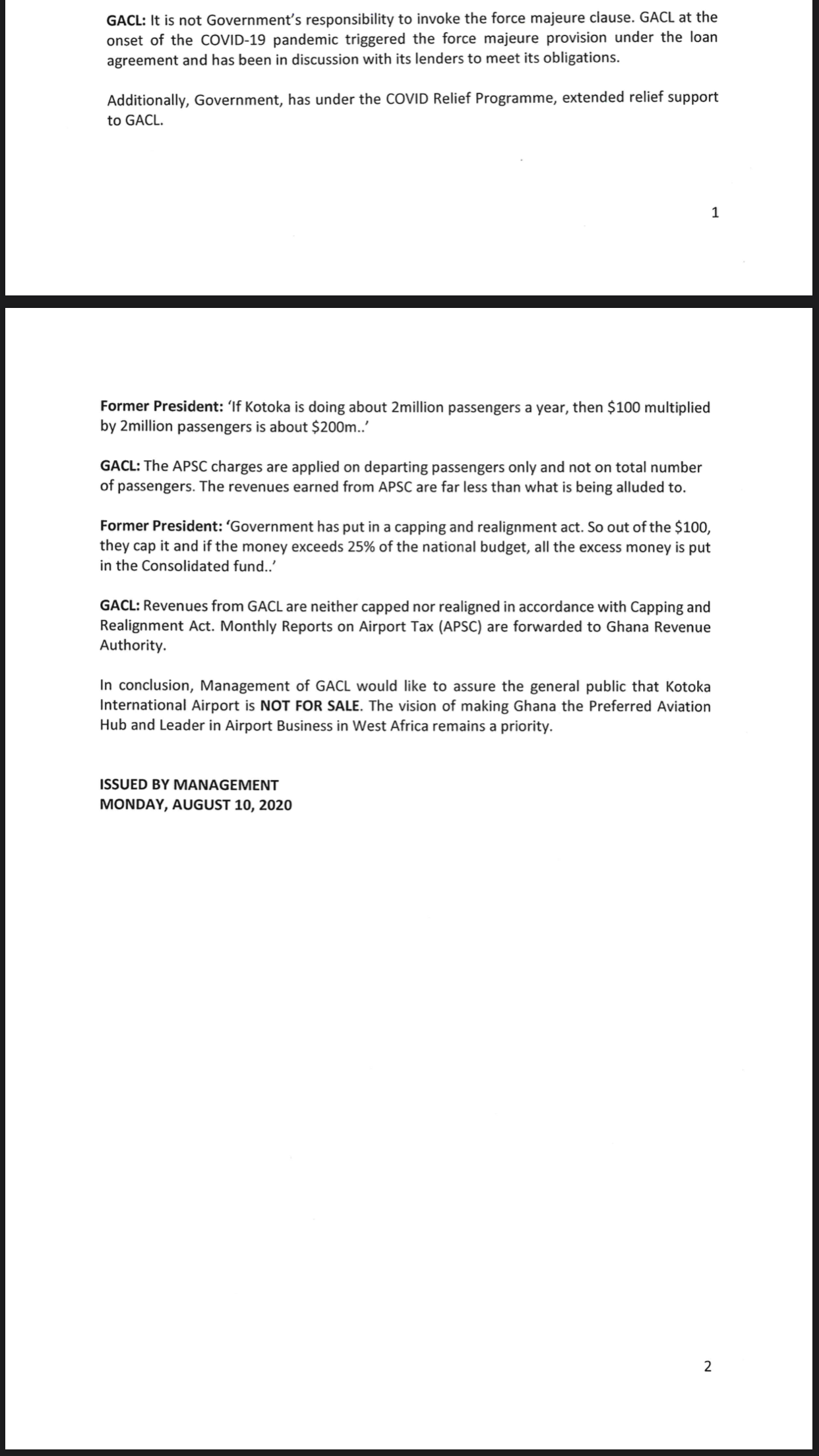