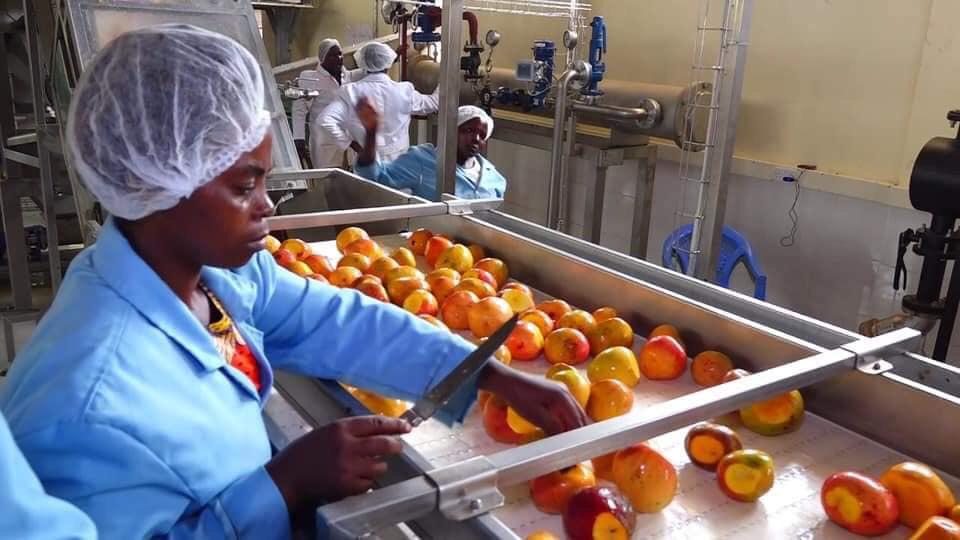 The former Chief Executive Officer of the Ghana Export Promotion Authority, Gifty Klenam has initiated a fruit Juice Processing factory with capacity of producing tons of varieties of fruit juice a day in the West Akyem Municipality of the Eastern Region.

The factory Sunharvest juice factory has been commissioned and is fully operational under government’s One District One Factory (1D1F) initiative.

The factory will process varieties of fruits harvested by local farmers into fresh juice and it is envisaged to provide 200 direct jobs and over 5000 indirect job opportunities.

The Sunharvest Juice Factory is an initiative by Mrs. Gifty Klenam, her business counterpart from Iran and the Government of Ghana through The One District One Factory Secretariat.

Commissioning the Factory on Thursday, Gifty Klenam said, she started implementing her dream for the project 5 years ago when she “began in a tiny kitchen with a food blender” hence elated for the realization of the dream.

She added that, there are plans to extend operations of the factory to processing of diary, tomatoes in the near future.

She said, the project is another step deepening the diplomatic and bilateral trade relationship between Ghana and Iran adding that, the magnitude of the two countries’ population totalling about 107 million provide endowed trade opportunities and potentials for the two emerging and growing economies.

She added that, “Ghana and Iran should make continuous effort to diversify our economic cooperation by expanding the scope of cooperation “for mutual benefit.

The Minister of Agriculture of the Republic of Iran, Mohamoud Hajjoti assured of closer bilateral relationship with Ghana particularly in terms of investment in agriculture to help add value to produce in the sector.

Eastern Regional Minister, Eric Kwakye Darfour called on the youth to take advantage of factories springing up to venture into the cultivation of fruits to feed the factory to get income.

He said already, some fruits processing factories are struggling for raw materials compelling them to rely on neighbouring countries to buy raw fruits for processing which he described as a “disaster”.