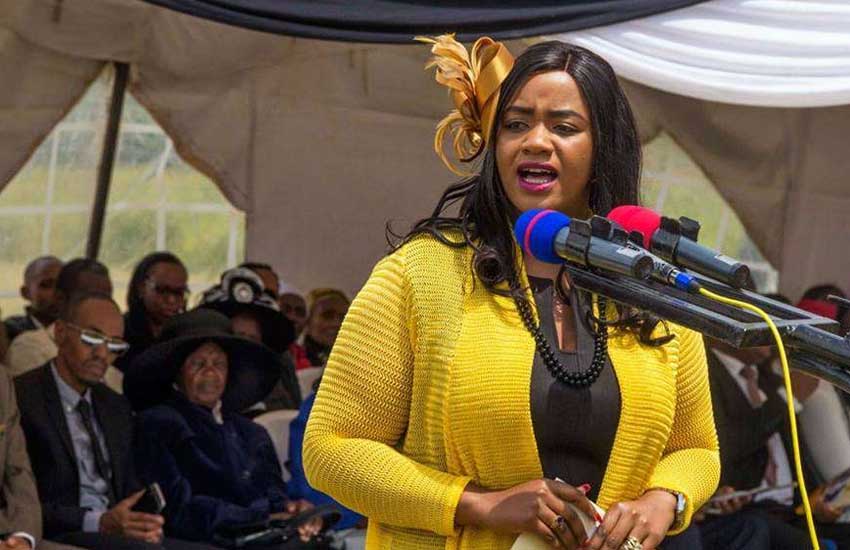 A female Member of Parliament in Kenya has stirred controversy with her advise to women to accept being second or third wives to avoid being single mothers.

Laikipia Woman Representative Catherine Waruguru’s comments has generated so much discussion with various interest groups pitching in varied arguments some in favour and others against.

Speaking on KTN’s Morning Express, Waruguru told women they can only consider a man their husband when he is in their house.

“Somebody else’s husband is their husband within the confines of their homes. The moment you left your home, Mike Gitonga, you’re here as a servant who is serving KTN. You’re here because you’re serving Kenyans,” charged Ms Waruguru.

“Mzee ni wako kwa boma, akishatoka, you take care of yourself. And you choose what you want. And the constitution allows even president Uhuru Kenyatta and assented to the Marriage Bill (allowing polygamy).”

Ms Waruguru encouraged women to find husbands at all cost.

“I’d encourage majority of Kenyan women who are single and they’ve found a man who they think can be a good friend and a husband, moving forward, and they love their children. We do not have to raise our children as single mothers,” said the woman rep.

“And especially our boys… I passionately feel for the boy child. Not only through marriages, we need to take this conversation further. That our children, whether boys or girls, they need people to look up to as fathers and if there are no fathers we need to go farther to see whether we can get uncles, and mentors.”

The woman rep, who is married as a second wife, caused a stir earlier this month when she claimed she had been barred from a Kericho hotel after being asked to produce a marriage certificate.

People were unimpressed with her latest remarks.

I Kabelo said: “What is single mother? Are there double mothers? A mother is a mother. The husband doesn’t make her an extra mother. She is a complete mother on her own. Can we drop this tag of single mother as it doesn’t make sense.”

Liz Jewel added: “And this are the leaders we have… from Gathoni Wamuchomba, Sabina Chege, Rose Museo and Waruguru.. It’s clear ua very idle… so women rep, doesn’t add any value (sic).”

Kimberly Kimani said: “This is the reason the women rep seat should be scrapped off! Nonsense talk when we as a country are going through much more serious issues!”

Mukami Wa Embu noted: “Is Waruguru trying to justify that She is married to a man who has another wife? Could this be the reason she was locked out of a hotel since should could not justify the marriage?”