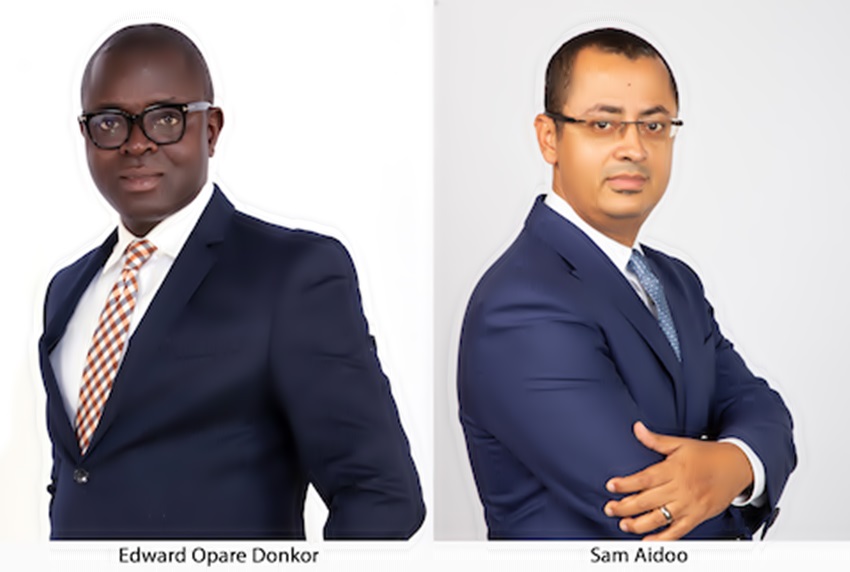 Mr. Edward Opare-Donkor has a strong background and solid professional experience of over 15 years in Banking, Finance and Operations.

His career with the Bank started from the Fidelity Discount House where he joined as a Finance Officer in 2002 from CDH Insurance. He has since held various roles successfully in the Finance function, which includes the Financial Controller and Director of Finance roles.

Mr. Samuel Aidoo on the other hand brings to this new role over 15 years’ experience in Treasury & Investment Banking, and a very strong knowledge of Sub-Saharan African markets.

He joined the Bank in 2016 as Treasurer, after leading Barclays Africa’s Capital Markets business in Nigeria. He has been instrumental in elevating the Bank’s position in the financial and capital market business landscape in Ghana.

The appointments were made to reinforce our relatively new but formidable executive team to collectively drive Fidelity Bank’s strategic growth agenda. I am very excited and wish to congratulate them on their appointments”.