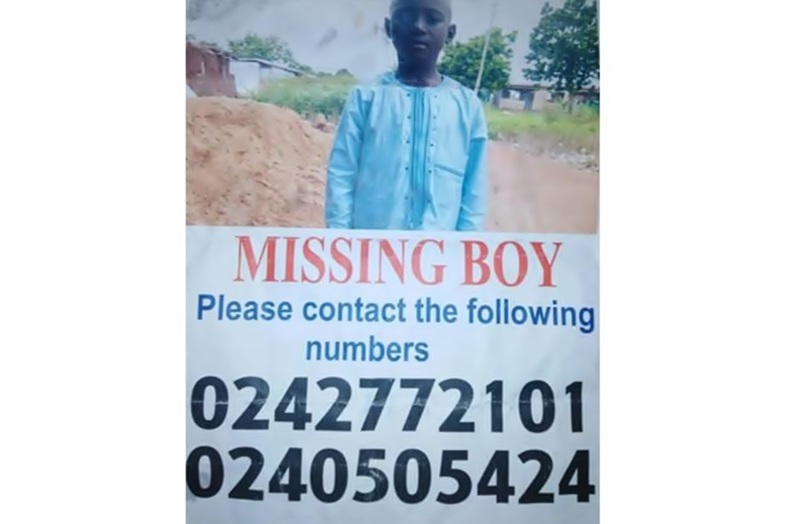 Residents of Tamale have mounted a search for a nine-year-old boy who has been missing for two months in the Changli suburb.

Abdul Busobur, is said to have disappeared on July 20, after a trip to his grandfather’s house.

Andani Yakubu, father of the boy told Daily Guide online that he, on the same day the boy went missing, sent him to Arabic school and that usually after school, his son goes to the grandmother’s house which is closer to the school.

According to him, he went to the grandmother’s house alright but after sometime requested permission to visit his grandfather who lived close by. Permission was granted.

He indicated that at about 5:30 pm that same day, they realised the boy was not coming home and so they decided to go to the grandfather’s place where he told the grandmother that he was going but when they got there, they were told he never came there.

An announcement was made and residents came out in their number in search of the missing boy but to no avail.

Mr. Yakubu said the incident have been reported to the Northern Regional Police Command but till date, the boy has not been found.