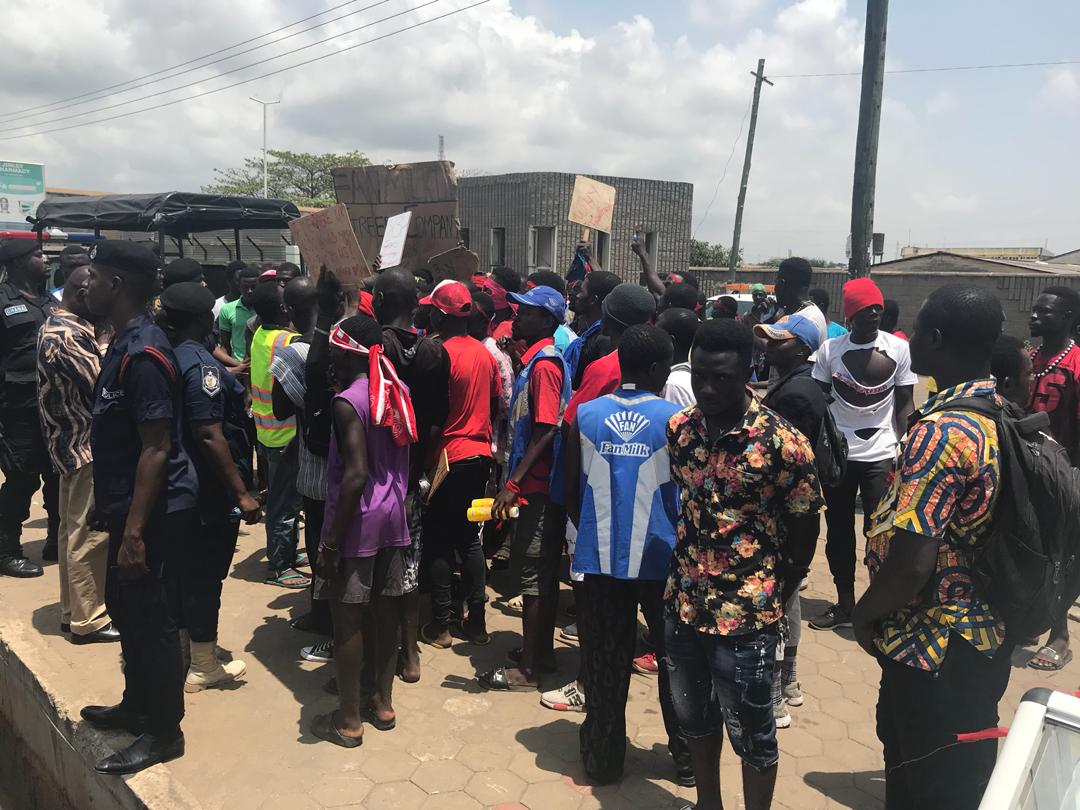 Fan milk vendors in the Greater Accra Region today took to some principal streets in Accra to register their displeasure at the poor conditions under which they work.

They are particularly unhappy about the decision by management of the company to slash the commission they earn on each product from 20 pesewas to 17 pesewas.

The placard wielding aggrieved demonstrators also complained in an interview with BestNewsGH.com that they are forced to purchase rubber for 3 cedis 50 pesewas and are charged 1 cedi as depot fee by the agents and an additional 1 cedi as fee for their carts or bicycle daily.

They also accuse management of Fan milk Ghana Limited of hiding behind the fact that they don’t deal directly with them, but through their agents to deny them some benefits such as insurance covers among others.

The vendors who have formed the Greater Accra Fan milk Vendors Association called on government and well-meaning Ghanaians to come to their aid as they argue that their suffering keep exacerbating by the day.

They have also vowed not to return to work until their commission is restored.