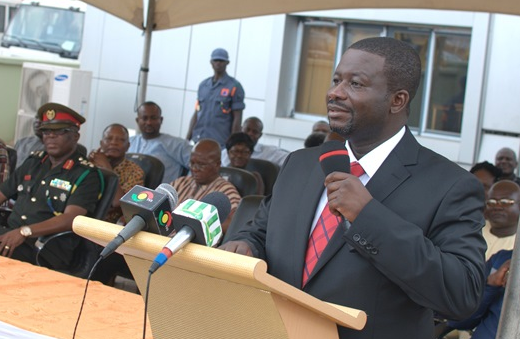 The National Disaster Management Organisation (NADMO) has suspended the Upper West Regional Stores Manager of the organization and queried the regional director for the mix up in the donation of some expired cooking oil to some flood victims in the region.

Head of Communications at NADMO, George Ayisi announcing the suspension of the two regional officers said the action has been taken to allow for investigations into the matter.

He said investigations will prove whether or not the act to add the expired cooking oil to the wholesome ones was deliberate or not.

Mr. Ayisi revealed that the expired oil was transported to the Upper West Region in January this year, adding that the rules of the organization does not permit the officers in the region to dispose them off without following due process.

According to him, the regional stores manager upon realizing that the goods had expired, will have to inform the internal auditor who will in turn inspect the product, confirm that it is expired before they can be disposed of.

As of the time of the incident he explained, that process had not been followed, hence the availability of the expired oil in the stores.

He once again expressed regrets at the incident and cleared the vice president Dr. Mahamudu Bawumia of any wrong doing, adding that the expired cooking oil was already in the warehouse before the team arrived in the region.