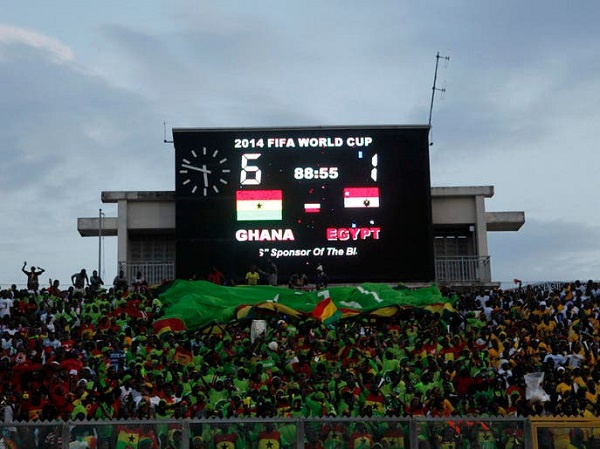 Tuesday, October 25, 2013, has been etched in the history books of Egypt as one of the nation’s dark days in football.

It was the day that Ghana’s Black Stars soared high above the Pharaohs and inflicted on them, their heaviest defeat in a World Cup qualifier.

A rampant Black Stars side eased past Egypt with an emphatic 6-1 victory at the Baba Yara Stadium.

A brace from then skipper Asamoah Gyan, an own goal from Gomaa, solitary strikes from Sulley Muntari, Majeed Waris and Christian Atsu ensured the Black Stars ran riot over the Egyptians whose consolation came through the legendary Mohammed Aboutrika.

A game which was billed to be tightest of the qualifiers became a lopsided affair with Ghana’s midfield duo of Muntari and Essien producing a performance of a lifetime.

It’s the game that then Porto youngster Christian Atsu used to announce his presence to Ghanaians with his quick-feet and swashbuckling skills in the cameo.

But behind the display of great football and tactical ingenuity by Kwesi Appiah, lies the untold story of a state-sponsored juju operation that aided the victory.

Last week, a then spokesperson of the GFA revealed that a Sport Minister at the time exhumed the body of a dead goal to help Ghana beat Egypt and GhanaWeb can confirm that the said Minister is Joseph Yamin who served as a deputy to Elvis Afriyie Ankrah.

Yamin, in an interview with www.ghanaweb.com denied exhuming the goat himself but confirmed that the state, upon the advice of some spiritualists had to perform some rituals to help the Stars secure victory over the Egyptians.

The former Deputy Sports Minister confirmed to being part of delegation that visited two places in Kumasi to dig out some items which had been planted with the aim of causing the Stars to lose the game.

He also clarified that he was not part of the team that uncovered the body of the goat but was informed by the police officers.

Yamin who claims to be an avowed Christian said the importance of the game compelled him to approve and be part of the mission.

Interestingly, the substantive minister at the time, Elvis Afriyie Ankrah denied having knowledge of the operation and distanced himself from it.