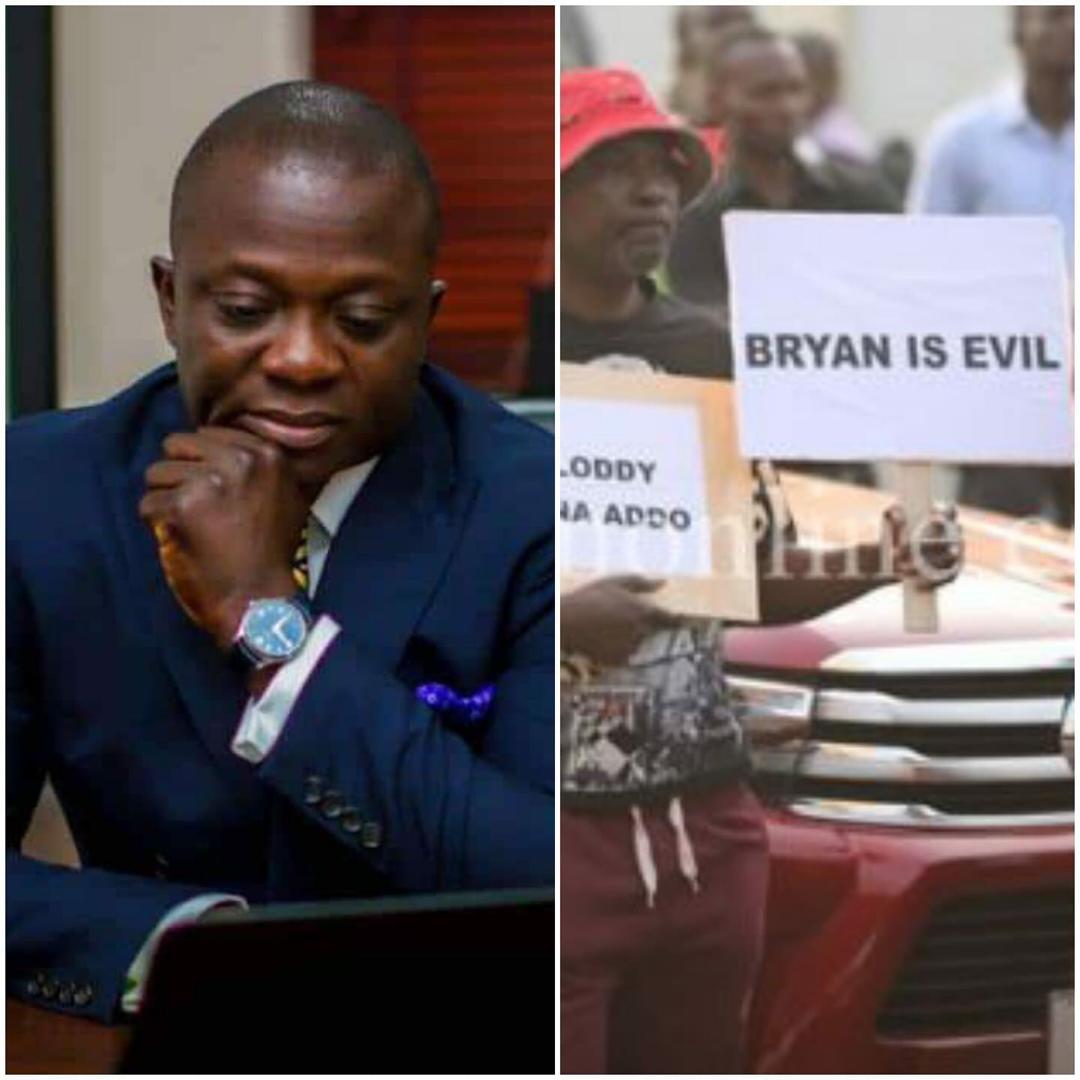 The Minister of State for National Security and the ruling New Patriotic Party (NPP) Member of Parliament for the Abetifi Constituency in the Eastern Region, Bryan Acheampong says he is heartbroken, following a tag that has been placed on him as a wicked man by the demonstrators of the Aagbe Wo demonstration in Accra today.

A placard reading ‘Bryan is Evil’ is one of the several placards being wielded by the demonstrators during the demonstration which has been organized by the Inter-Party Coalition for National Sovereignty, made up of almost all the minority political parties in the country.

The essence of the demonstration according to the leadership of the group is to draw government’s attention to what they say is the growing insecurity in the country.

The Minister who is not enthused at all with ‘Evil Man’ tag on him, took to his Facebook page and wrote ‘’this is soooo not fair! Everybody is saying I’m a nice guy except this hooded man..!’’

He has been fingered as the brain behind the masked security operatives that were spotted in the Ayawaso West Wuogon Constituency, during the 31st January, 2019 by-election, during which some violence broke out in the La Bawaleshie park.