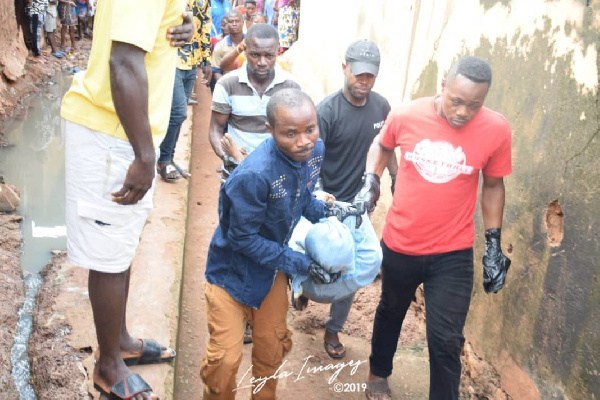 A young woman has been found dead in  a gutter at Agormanya in the Manya Krobo Municipality of the Eastern Region.

Residents identified the deceased as Sandra, a native of the area.

She was found lying naked in  the gutter.

Details about the cause of death remains sketchy and it unclear if the deceased, suspected to be in her early 20s was murdered and dumped in the gutter.

The body has been conveyed by police from the Odumase Police Command to the Atua Government Hospital Mortuary for preservation.

Investigations has since commenced into the cause of death.