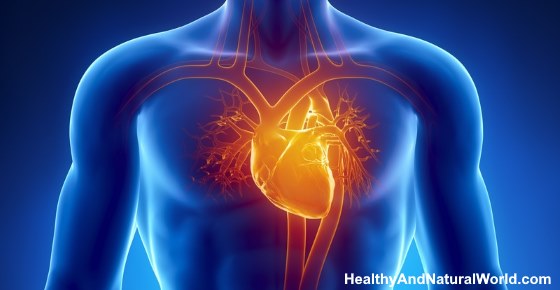 The primary ingredients of most energy drinks are caffeine and sugar. Many energy drinks also contain aspartame, the artificial sweetener that has been linked to neurotoxic, metabolic, allergenic, fetal, and carcinogenic effects.

Consumption of diet drinks is also linked to greater risk of dementia and stroke.

Research published in the American Heart Association’s journal Stroke found that drinking diet soda is linked to a greater risk of stroke and dementia.

When feeling tired and low on energy, many people’s first reaction is to reach for a cup of coffee. Energy drinks are another popular ‘solution’.

One of the most famous energy drinks, Red Bull, created a name for itself as a beverage that ‘gives you wings’. Sponsoring many extreme sport events, Red Bull’s marketing motto states that they support daring people and innovative ideas. They don’t mention the potential health dangers of their signature drink.

Energy Drinks Consumption Can Cause Stroke and Heart Attack

The popular Red Bull has now been associated with cardiovascular problems, including stroke and heart attack. It has been banned in Norway, Denmark and Uruguay, and France stopped selling it between 1996 and 2008.

Red Bull thickens the blood and provides the body with an unnatural level of stimulation.

Scott Willoughby, lead researcher from the Cardiovascular Research Center at the Royal Adelaide Hospital in Australia, reports that one hour after drinking just one can of Red Bull, blood consistency of the research participants became abnormal and resembled that of a heart patient.

Willoughby warns that when combined with stress or high blood pressure, Red Bull can cause damage to blood vessels and creates the risk of blood clotting. This is especially dangerous for people who have a predisposition to cardiovascular disease.

Red Bull’s primary ingredients are caffeine and sugar. It also contains aspartame, the artificial sweetener that has been linked to neurotoxic, metabolic, allergenic, fetal, and carcinogenic effects.

The Red Bull’s original manufacturer in Austria even warns their costumers not to drink more than two cans a day.

As with other caffeinated beverages, Red Bull gives you a quick high. But this is short-lived and it turns into a low, so you soon feel you need another energy boost. And another can (or cup). You enter a vicious cycle and many people get addicted to Red Bull and other energy drinks.

Energy drinks could increase a person’s risk of having a stroke by 500% as addictions are causing a rise in irregular heartbeats, claim experts.

It is thought that this is because excessive caffeine in energy drinks dramatically increases the amount of calcium released within the heart’s cells, disrupting the electrical rhythm.

Founder and CEO of The Arrhythmia Alliance, Trudie Lobban, said: “You wouldn’t necessarily have to have a faulty heart to suffer from arrhythmia – stimulants containing caffeine can trigger it. Six or seven coffees a day could do it, but these energy drinks carry a really high risk.”

Red Bull can Cause Acute Psychosis

On top of the adverse effects connected with high caffeine content, Red Bull contains different chemicals that have not been properly researched yet. Many people also combine it with alcohol, which adds to the potential dangers. It means mixing a stimulant with a depressant. This can overload the body and lead to serious health problems.

According to an article published in 2001 in the journal Medicine, Science, and Law, when combined with ephedra, which is also a stimulant, Red Bull can cause acute psychosis.

It is especially worrying that Red Bull and other energy drinks are marketed towards young people and students, creating a whole generation of people that is unable to reach normal energy levels the natural way.

What Happens When you Drink a Can of Energy Drink

Within 20 minutes, you get a sugar high. Your blood sugar spikes, resulting in a quick release of the hormone insulin. Within 40 minutes, all the caffeine is absorbed and your body responds to this substance: the pupils dilate, blood pressure rises, and the liver dumps even more sugar into the bloodstream.

Around 45 minutes after you have had your energy drink, your body increases dopamine production, which gives you a sensation of pleasure – this is similar to the way the body responds to heroin.

After 60 minutes, you develop a sugar crash. The caffeine slowly begins to wear down and you can experience fatigue, change in mood, lethargy, mental fogginess.