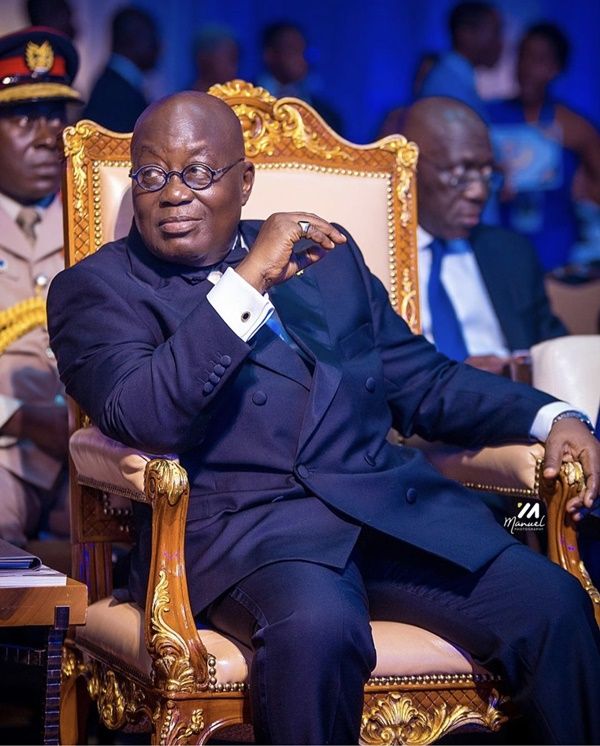 Mr. Baako was reacting to the President’s reply to the contents of Mr. Martin Amidu’s resignation letter as Special Prosecutor when he made an emphatic statement regarding the election outcome.

Mr. Amidu cited failure of the Government of Ghana to pay his emoluments and the President’s interference in his work as some reasons for his resignation.

“It is essential for me to state for the purpose of the records, and contrary to public perceptions, that my appointment letter was received on 5th February 2020 (almost two (2)-years after my appointment). The copy addressees made no efforts to honour any of the conditions of appointment in terms of emoluments and benefits of the appointment ever since my warrant of appointment was issued on 23rd February 2018 to the date of my letter of resignation. I accepted the offer on 10th January 2018 to be nominated to be Special Prosecutor because Mr. President, and Ghanaians knew I have been an anti-corruption crusader all my life and not an anti-corruption entrepreneur. This explains why I have never put the emoluments and benefits of the Office as central to my commitment and my passion for the establishment of an independent, effective, efficient and impartial anti-corruption Office of the Special Prosecutor before the end of the first term of Mr. President. This has not been possible for several reasons.

“The Deputy Special Prosecutor has also not been paid any emoluments since her appointment, and there is the need to redress that situation for her now that I am out of the way,” he said in a press statement.

The President has also replied to Mr. Amidu’s resignation letter.

” . . Your accusation of interference with your functions simply on account of the meeting the President held with you is perplexing. In exercise of what you considered to be your powers under Act 959, you had voluntarily proceeded to produce the Agyapa Report. The President had no hand in your work…You also bemoan the non-payment of the salaries of yourself, and the Deputy Special Prosecutor in a manner that suggests Government’s failure to do so. Yet, your Office had been adequately funded to pay for salaries. The impression given by you that there was a deliberate intention to ensure your office didn’t function is the more startling.

Kweku Baako, addressing the issue on Peace FM’s “Kokrokoo”, advised the President not to engage Mr. Amidu but rather focus on the election countdown.

While advising the President, Mr. Baako told host Kwami Sefa Kayi he is certain the President will be re-elected by Ghanaians.

“My advice to the Presidency and for the President is to focus on the election countdown. What is out there is comprehensive enough! . . . .You have limited time. It can be done post-elections. I’m not going to say win or lose because I know it will be win. You’ll have more time and space to deal with any post-Presidential reactions on Martin,” he stated.