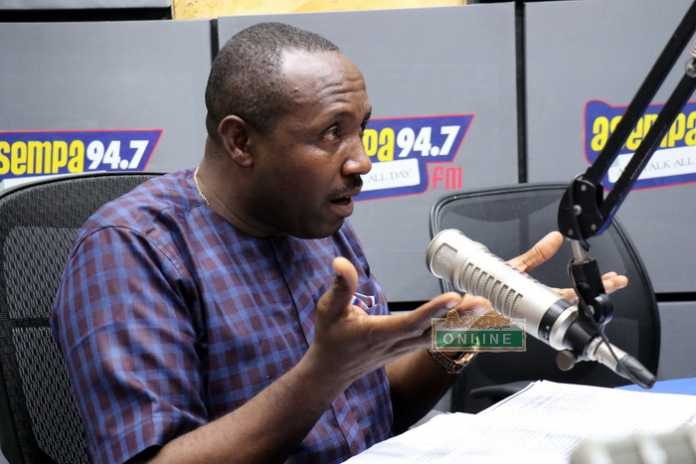 The General Secretary of the ruling New Patriotic Party (NPP), Mr. John Boadu has chided the opposition National Democratic Congress (NDC) for its entrenched position against the compilation of the new voters register for the 2020 elections.

Mr. Boadu finds it hard to comprehend why the NDC will boycott an Inter-Party Advisory Committee (IPAC) meeting convened by the Electoral Commission to discuss its Constitutional Instrument (CI) on the registering of voters and the conduct of the 2020 elections and turn around to organize a press conference to accuse the EC of failing to discuss the CI.

Speaking on Joynews channel, Monday May 18 2020 and monitored by BestNewsGH.com, Mr. Boadu opined that the NDC’s desperation is beginning to get out of hands.

He said “The NDC boycotted the last IPAC meeting at which meeting details of the EC’s CI on the registering of voters and the conduct of election 2020 was exhaustively discussed before it was laid in Parliament. How can you boycott a meeting and then months later, hold a press conference accusing the election management body of failing to discuss the CI with political parties? You just can’t understand the NDC’s desperation.’’

BestNewsGH.com reports Mr. Boadu  as saying “Even if NDC decides not to contest,we will bring them on board and beat them proper”