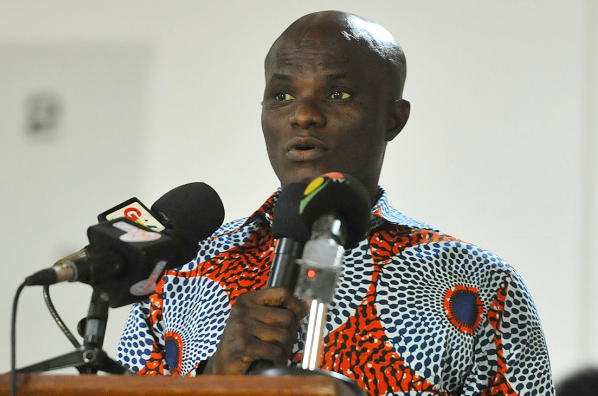 The woes of the New Patriotic Party (NPP) member of Parliament for the Ekumfi Constituency, Francis Ato Cudjoe seem far from over as some youth in the constituency have accused of refusing to ‘settle’ them after he contracted them to destroy properties belonging to the former MP for the area, Ato Crentsil in the lead up to the 2016 elections.

The youth again accuse the Member Parliament of hiring them to burn a pickup truck belonging to the NDC in the constituency.

The MP who also doubles as the deputy fisheries Minister was attacked and nearly lynched when he was invited to address a durbar of chiefs and people of Ekumfi Eyisam during their annual Akwanbo Festival celebrations.

However, the moment he mounted the podium to speak, the angry and agitated youth who couldn’t hide their displeasure created a scene in their attempt to teach the Minister a ‘lesson’ for reneging on his promise to get them jobs if he won the parliamentary seat.

The Minister, who escaped unhurt after the intervention of the District Chief Executive for the area, rather turned his gun at the opposition National Democratic Congress (NDC) in the constituency, accusing them of orchestrating the attack.

According the NDC constituency secretary, Edward Acquah, some of the youth who took part in attacking the MP has confessed openly on radio that Mr. Ato Cudjoe contracted them to commit some dastardly acts against his opponents during the 2016 elections, but refused to settle them after they had fulfilled their side of the bargain.

‘’Me I am watching that the IGP and his people, because the case is before them. They should arrest the MP for interrogation because he has been implicated by the youth that he sent them to go and destroy the properties and burn the party vehicle and injured so many sympathisers of the NDC’’ Mr. Acquah told Accra based Starr Fm and monitored by BestNewsGH.com.

According to him, the allegations by the youth, implicating the Minister and MP for the area must be taken seriously as the crimes committed were grievous.